The second series of the Maserati Sebring was launched in 1964 and by 1965, production had been established. This example was completed in July of that year and was one of only 26 Sebrings exported to the UK. As well as being visually updated, the Series 2 cars featured a much more modern and comprehensive dashboard and a new version of the ZF 5-speed gearbox. The Lucas fuel injection was also modified to improve reliability and the straight six engine was now available in 3700cc and latterly 4000cc forms.

Maserati Classiche states that this 3700cc example was delivered to Maserati Concession London and was first registered in the UK in January 1966. The original colour was Bianco Polo Park with a black Connolly hide interior, the same as it is today. We assume that the car was used as a demonstrator as it stayed with Maserati Concession until August and was then sold on through Chipstead Motors and registered with its first private owner, Stockpots Ltd in October.

By January 1968 the car had moved to Philip Mist Autos of Handsworth, Birmingham who were Jensen dealers and from there another company owner in Wednesbury ‘Coldroll Ltd’ before being bought in April 1973 by Frank Caldwell of Nottingham. Caldwell was to keep the car for over 13 years but sadly, mostly stored due to problems with the fuel injection system.

During the late eighties classic car boom, most old Maseratis were exhumed and offered for ambitious sale and this car was no exception. It was purchased in 1990 by the current owner, who immediately set about recommissioning the car for use. In 1994 the engine was rebuilt by specialists Corley Motors and the car was repainted by Cardenden Coachbuilders in Fife.

McGrath Maserati first saw the car for service in 1998 and since then have steadily improved and restored most aspects of it. The running gear was extensively refurbished between 1998 and 2000, followed by re-trimming of various parts of the interior. An assault on the Scottish Malts Rally in 2003 proved successful but was followed was further engine work and a new clutch.

By 2008, now a veteran of many Maserati Club events both in the UK and abroad, the body was once again beginning to show its age and a full bare-metal repaint and re-chrome job was carried out by McGrath Maserati. Since the late 1990s, the car has been regularly serviced by McGraths and gradually improved to its current, excellent condition.

The mileage on purchase by the current owner was 27,000 and even now is circa 46,000. From the long term ownership and the earlier period of inactivity, it is not unreasonable to conclude that this is the genuine mileage.

This is a very original example with good (and low) ownership history, in its original colour scheme and with the desirable optional Borrani wire wheels that were fitted from new. 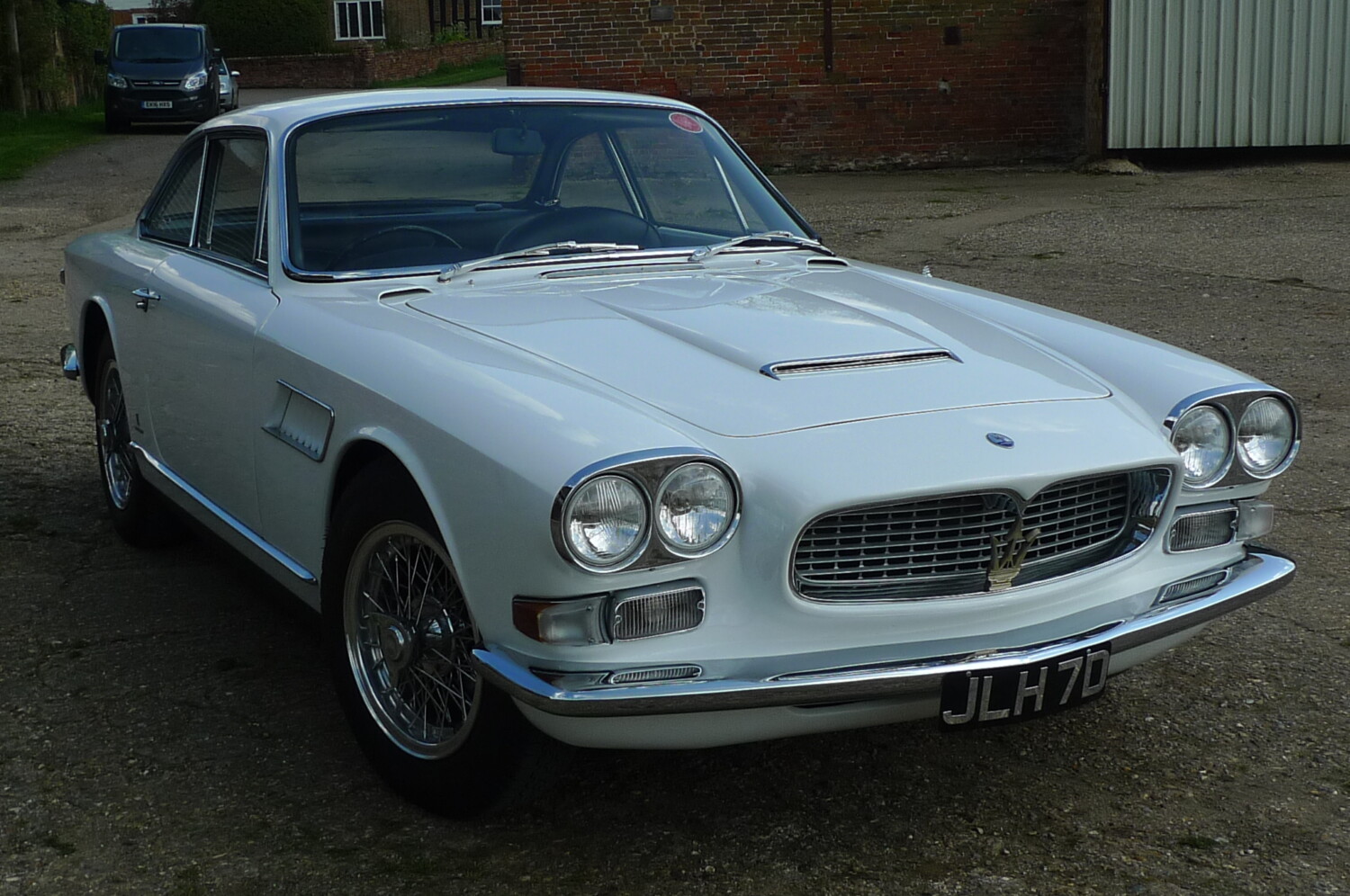 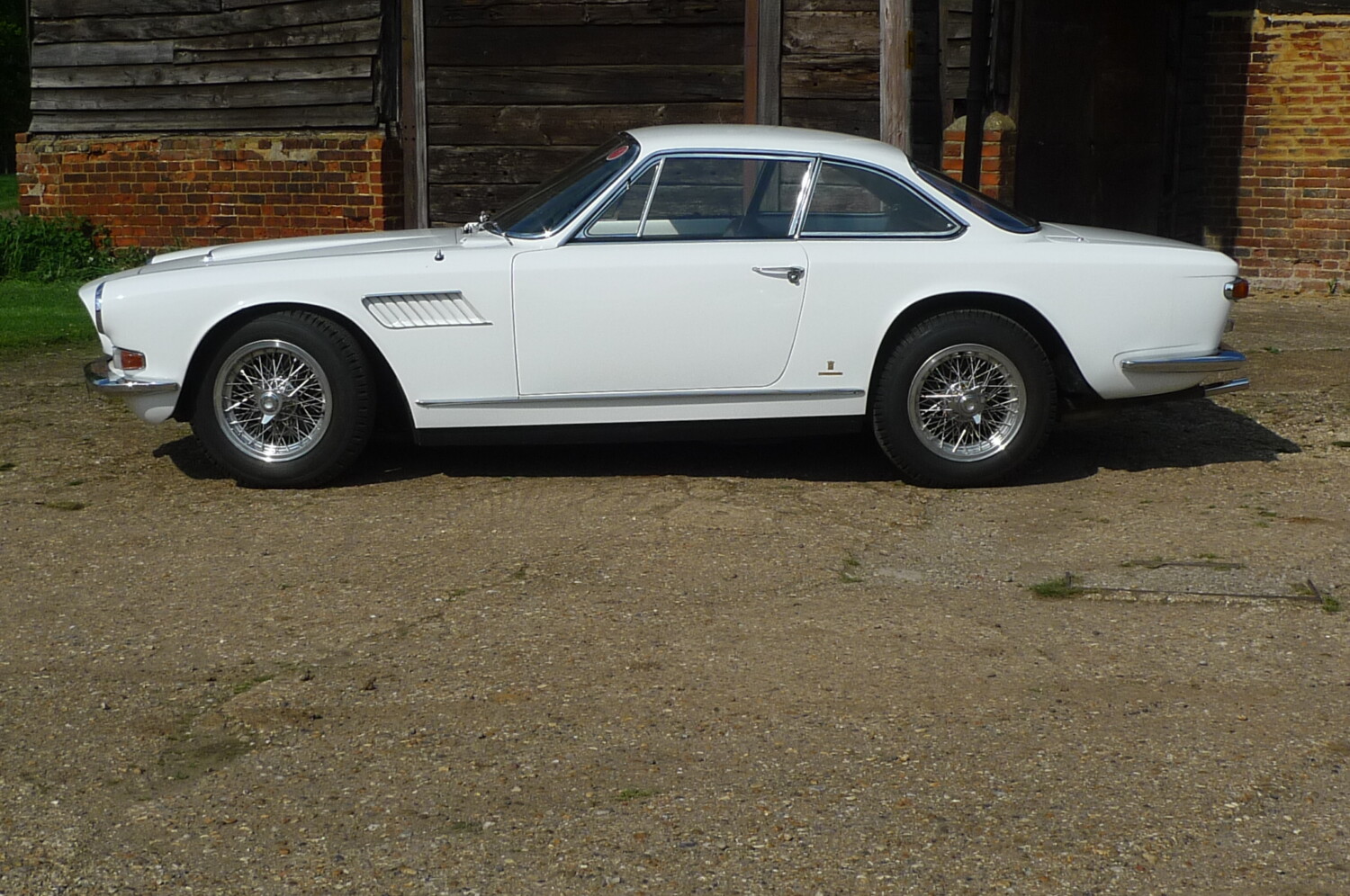 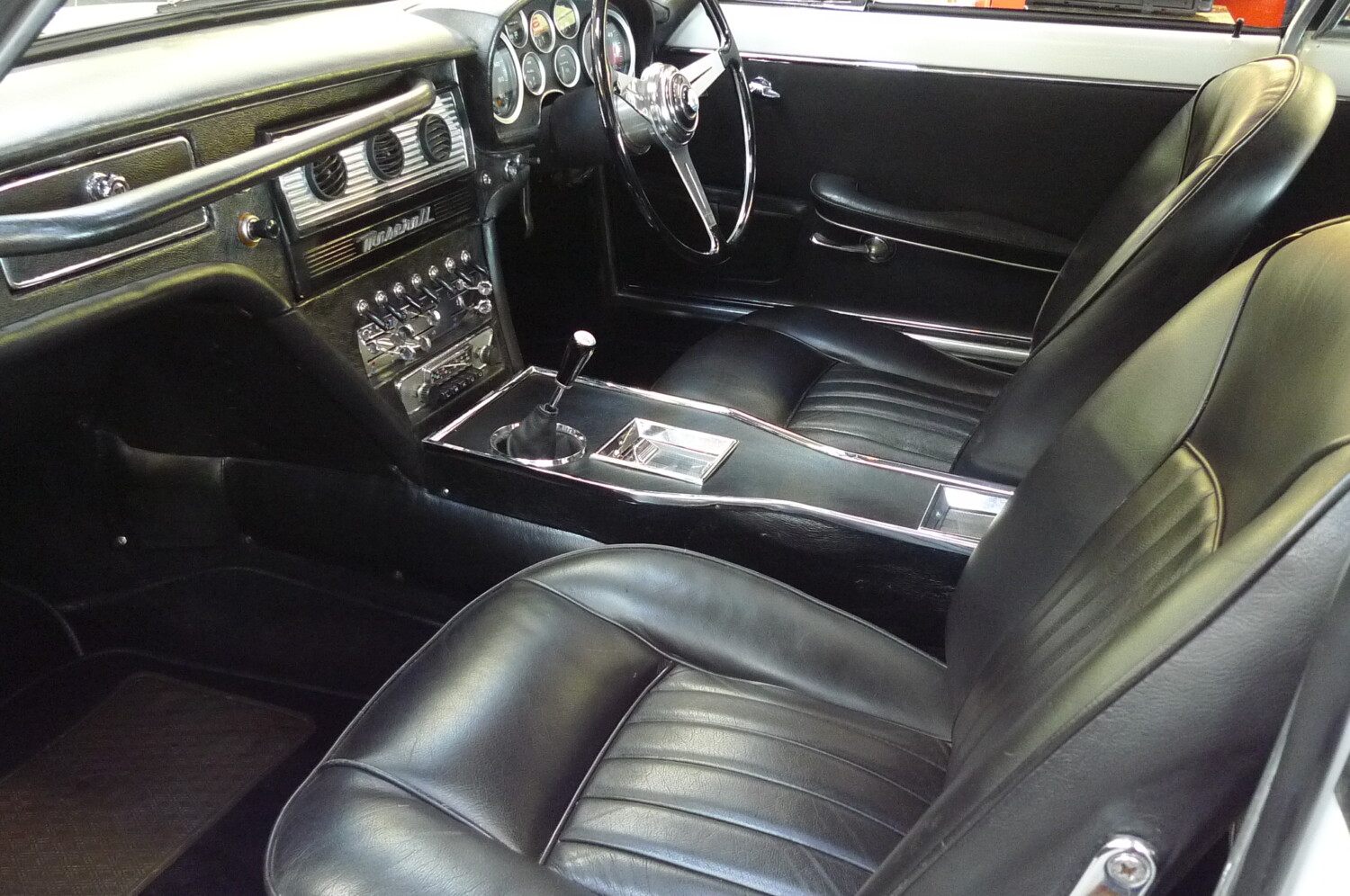 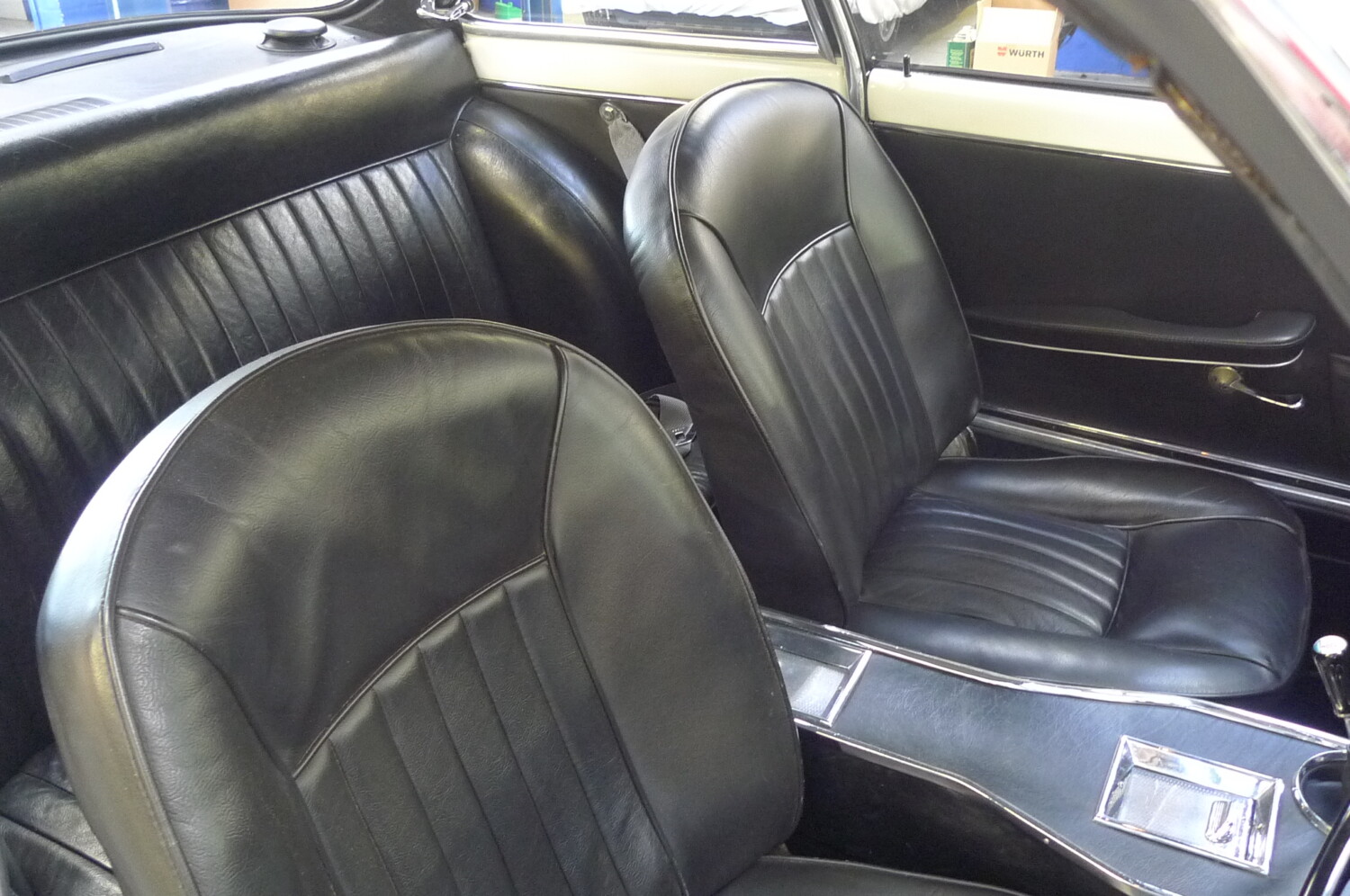 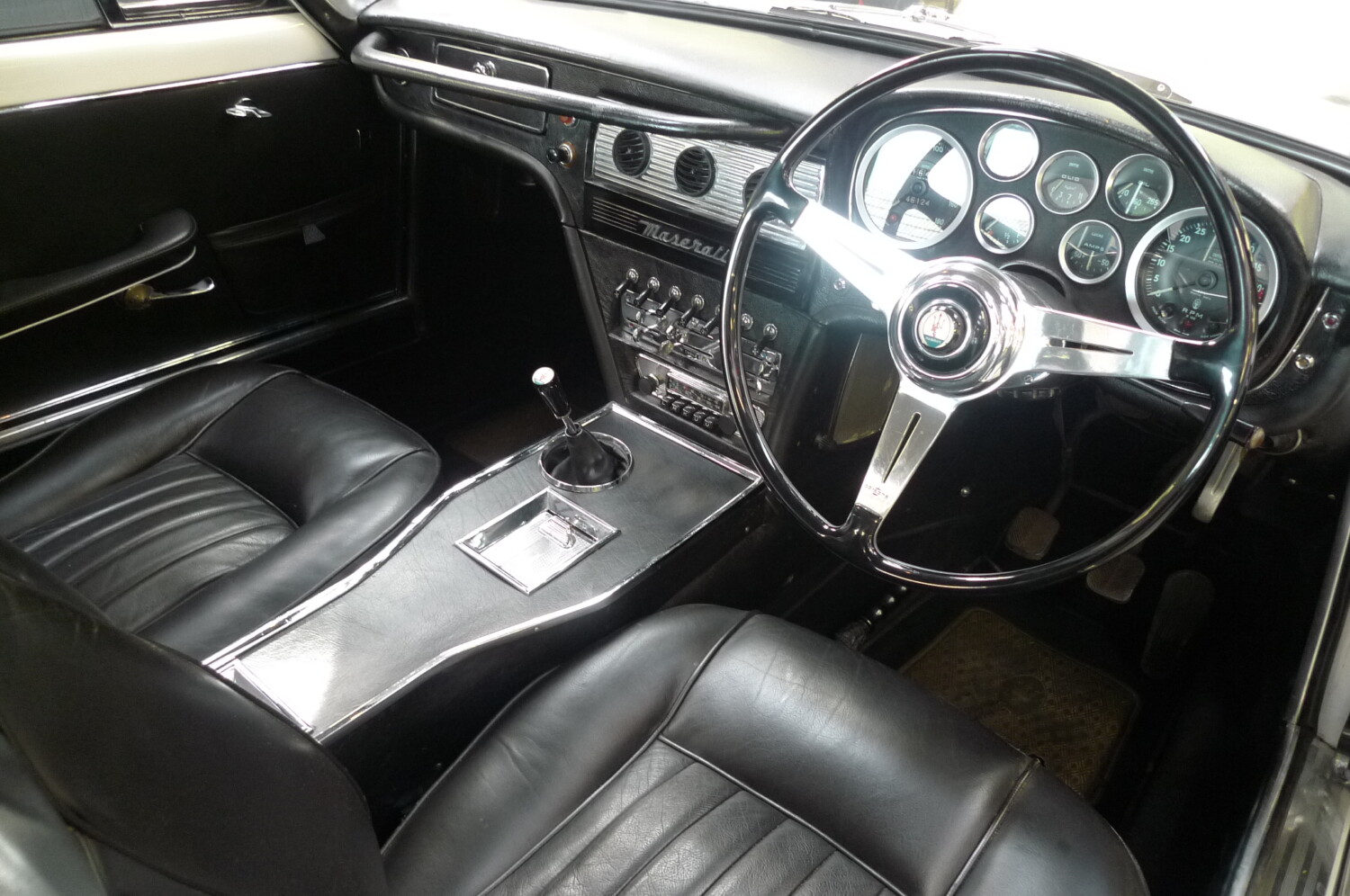 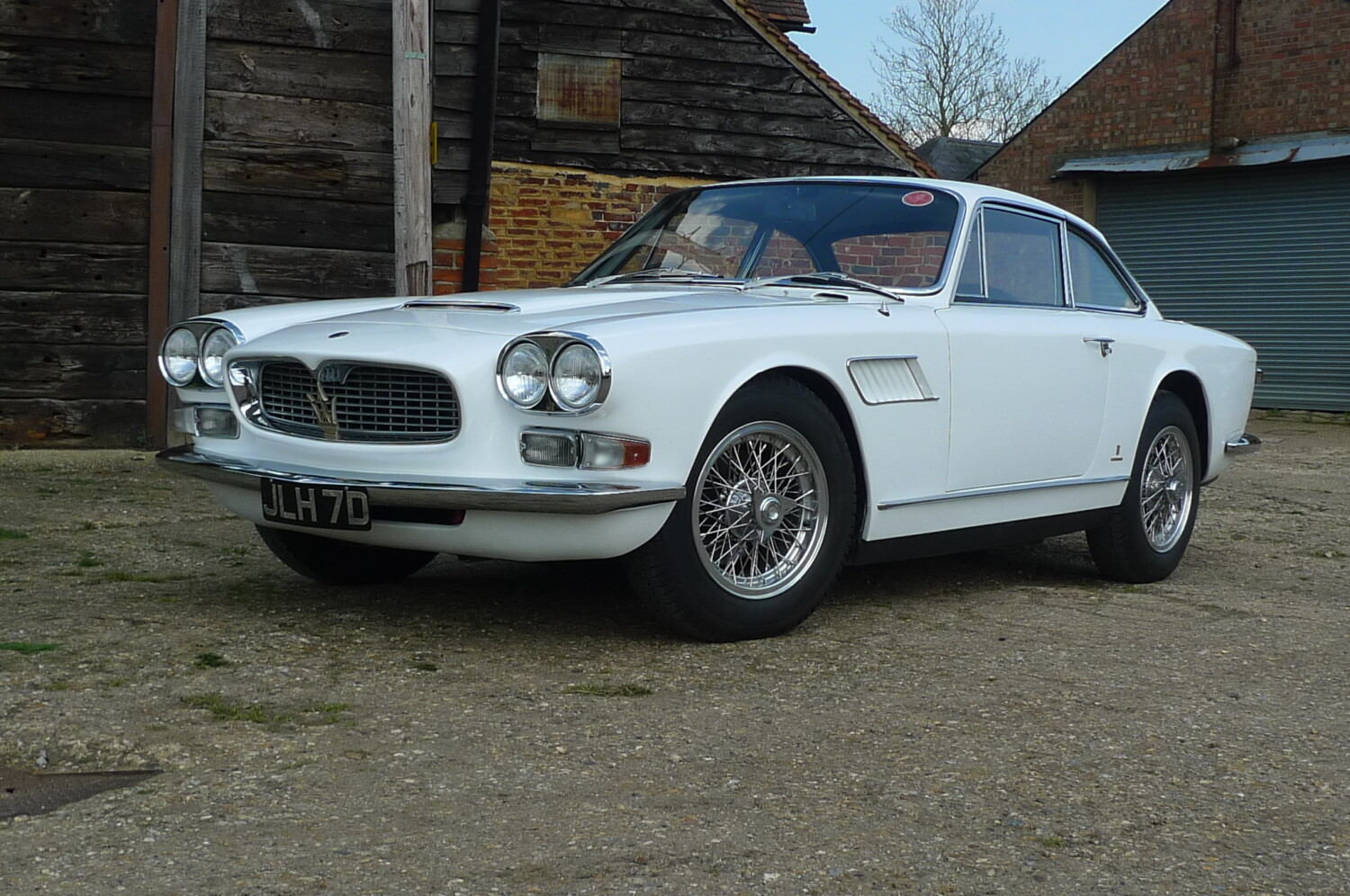 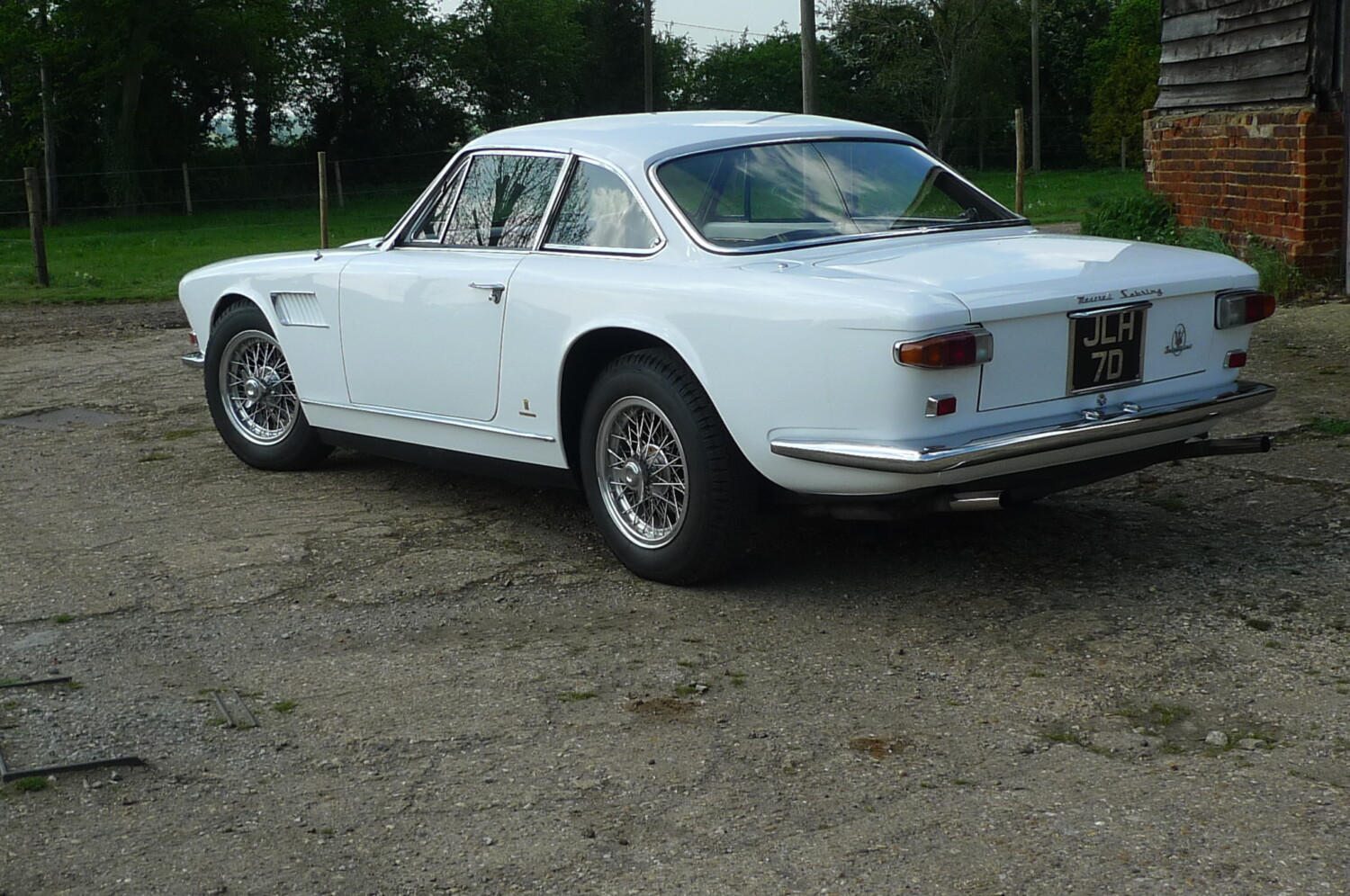 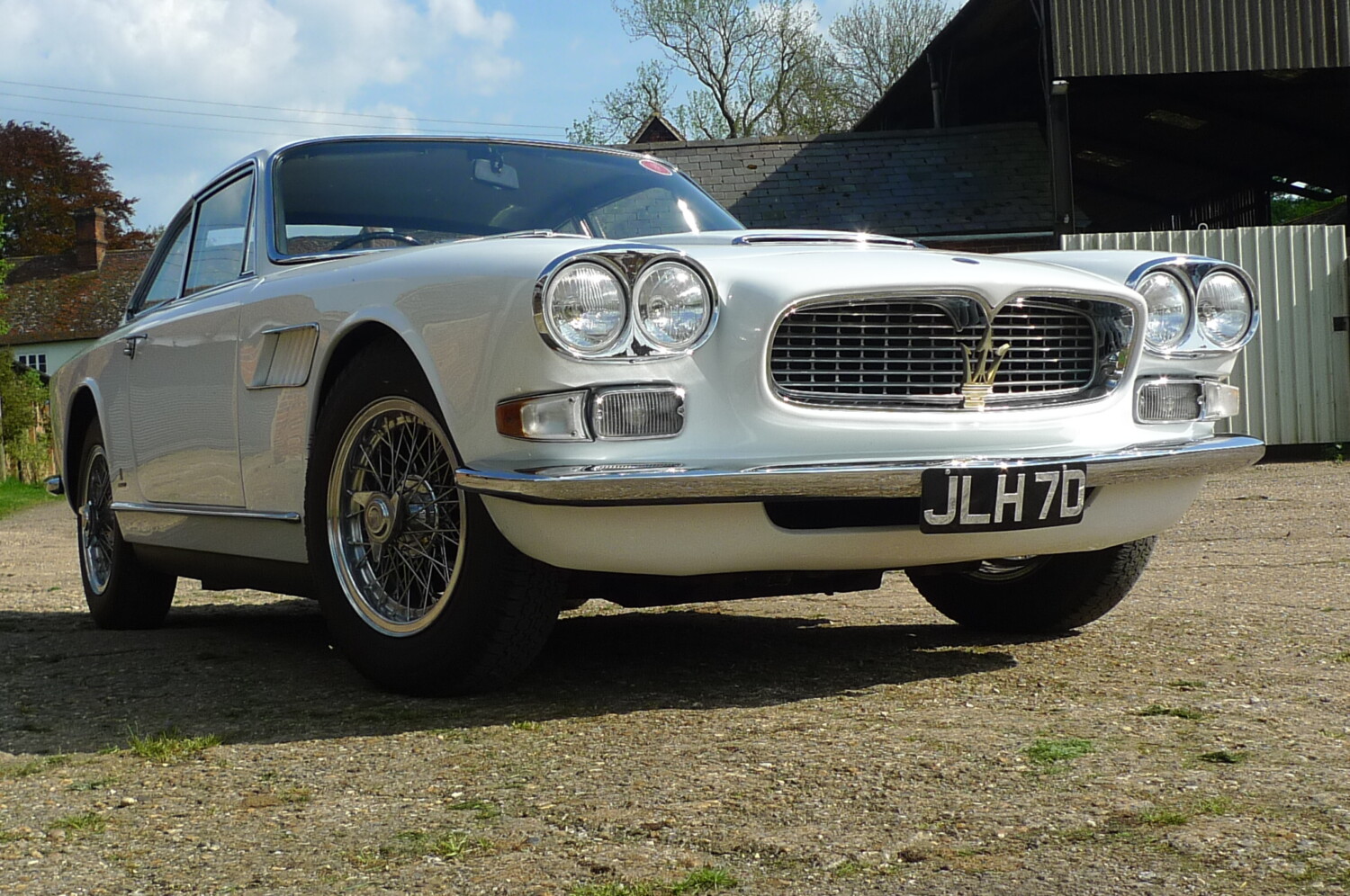 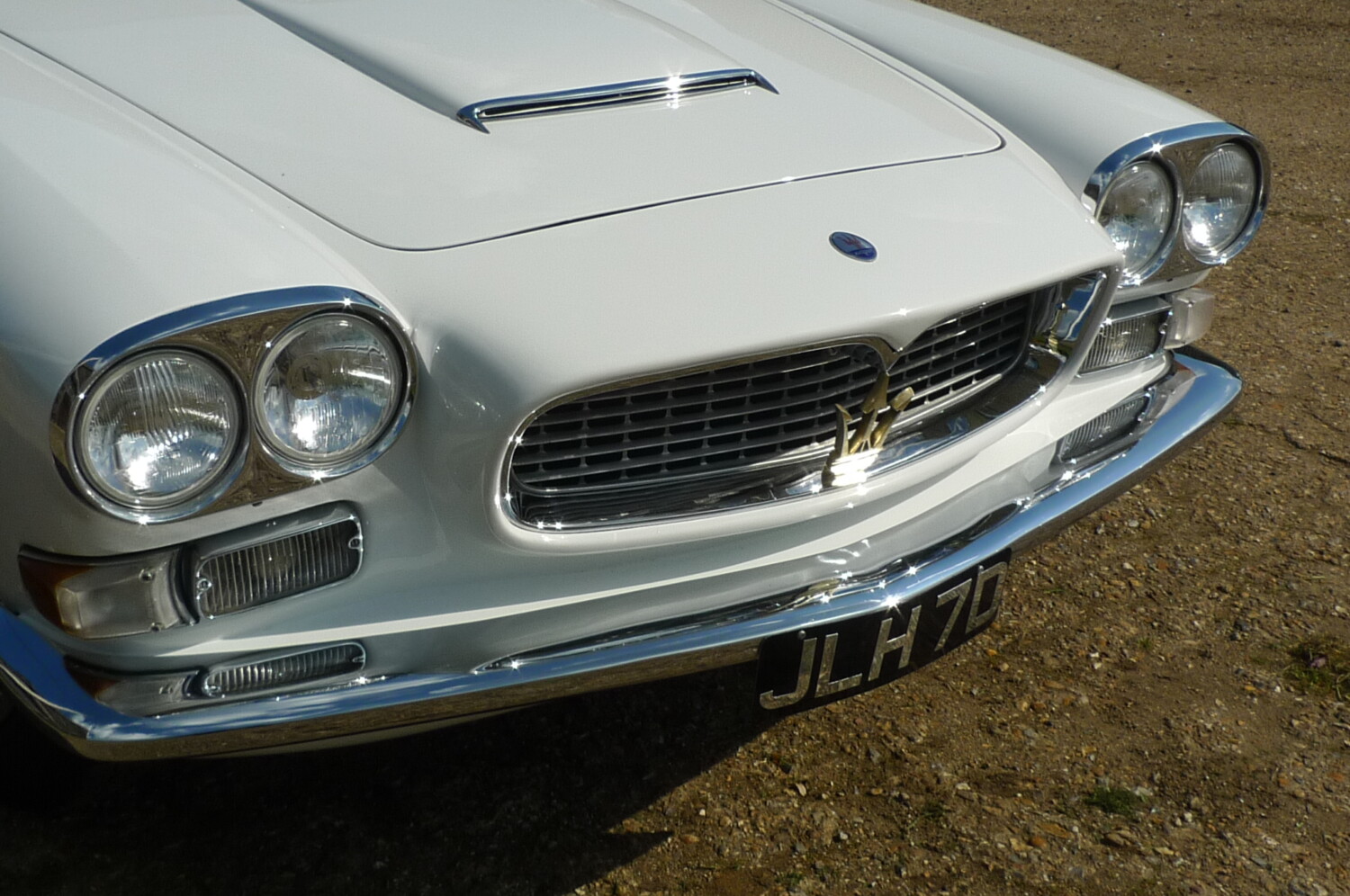 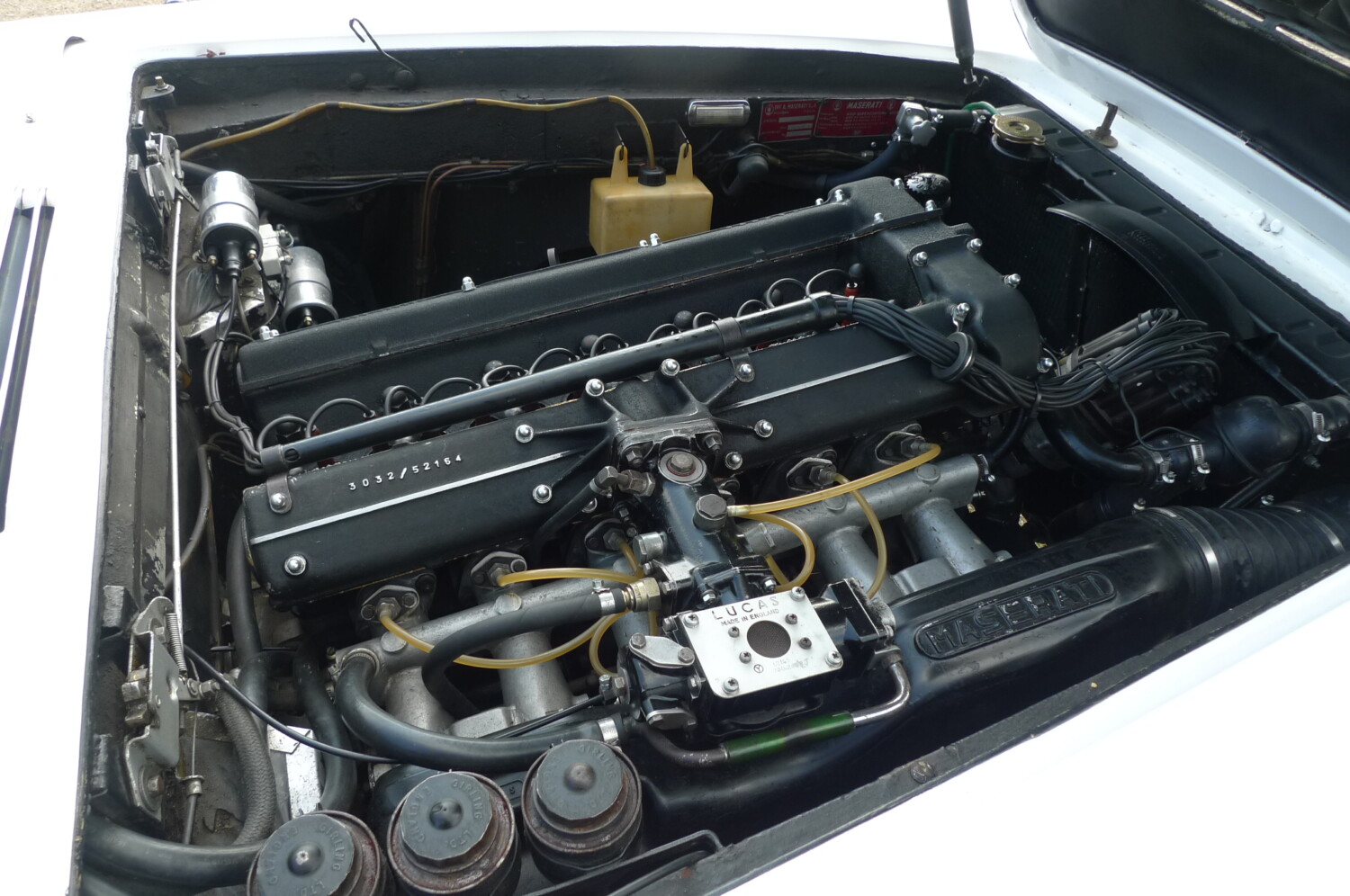 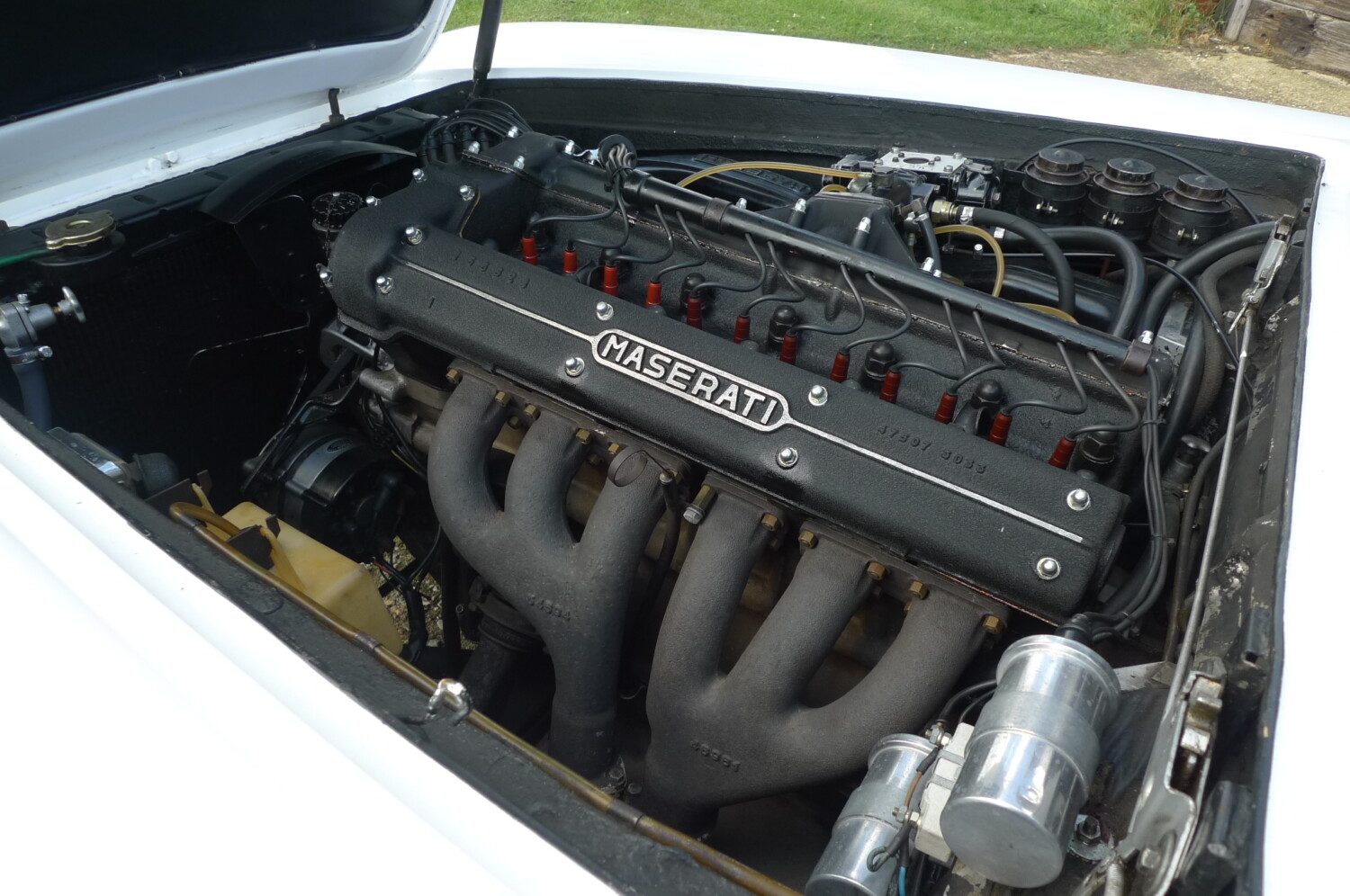 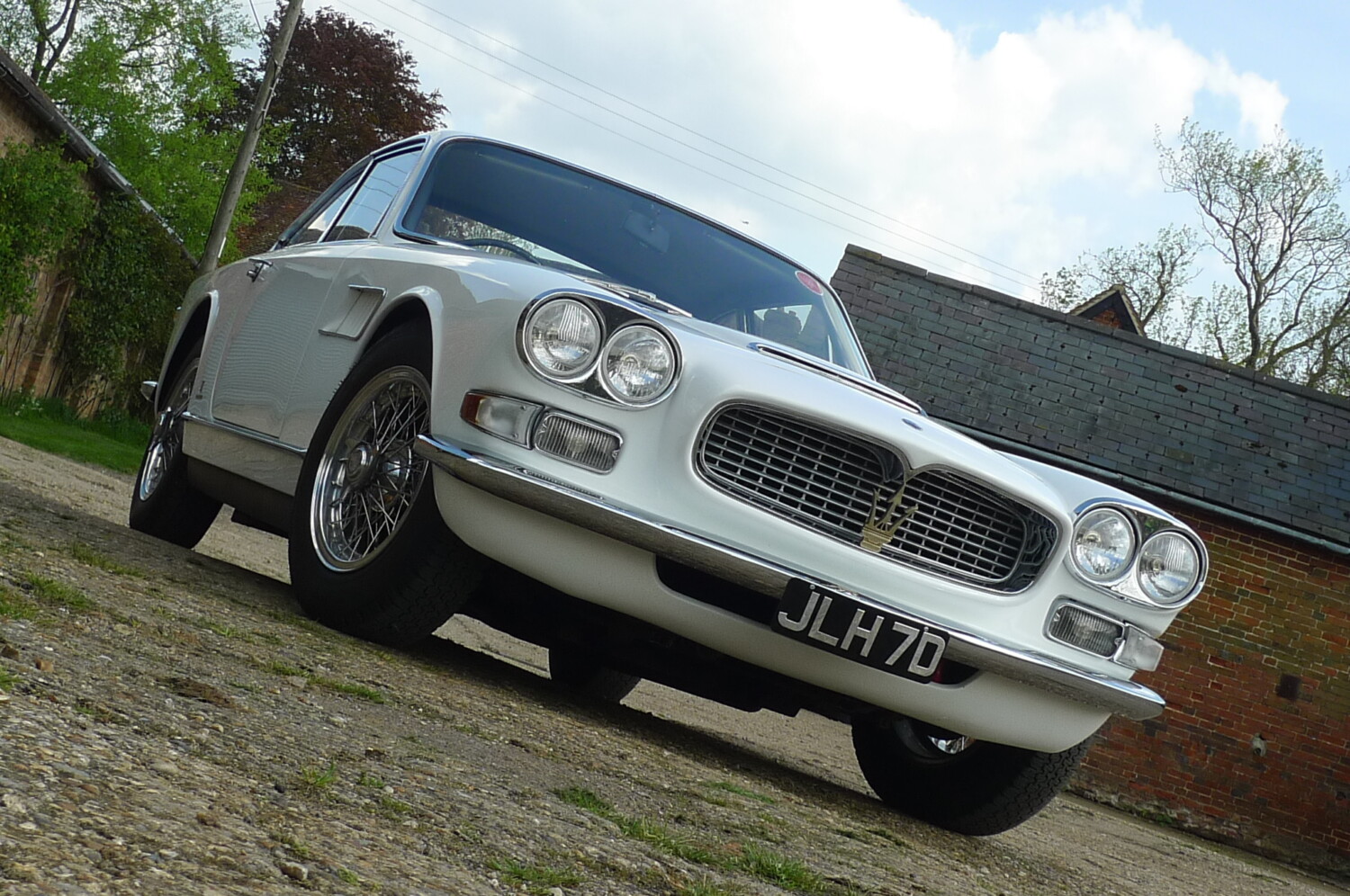