Here is a fantastic opportunity to own a Maserati Khamsin from long-term ownership in the UK. AM120*311* is one of the first right hand drive cars, built in 1975 and delivered when new by Citroen of Slough (one of the last during Citroen ownership of Maserati).

Designed by Marcello Gandini, with bodies built at Bertone, the Khamsin was a true supercar, with a 330bhp 4.9litre version of Maserati’s venerable dry-sump V8 engine and for the first time on a front-engined Maserati, rack and pinion steering and independent rear suspension.

The exotic nature of the car was further enhanced by the use of Citroen hydraulic systems to operate the steering, brakes, headlight pods and also clutch, making the cars very light and easy to use plus comfortable over long distances – a true Gran Turismo.

Offered as standard with a ZF manual gearbox, this example is one of the few that were specified with Borg Warner Automatic transmission, making it even more effortless.

We first saw this car at McGraths in 1991 at which time the mileage was 37,000. Today it stands at 46,000 and MOT history substantiates this. Previously owned by Maserati Club Newsletter editor Jack Levy, who painted the car its current black, it was sold in 1997 to another Club stalwart, Patrick Martin, from whom the car is now offered.

The car is currently MOT tested and ‘on the road’ but has only been used sparingly for many years and therefore will require restoration. How much rests on the requirements of the new owner.

From the 430 Khamsins built only 70 were right hand drive, making this a very rare car indeed. 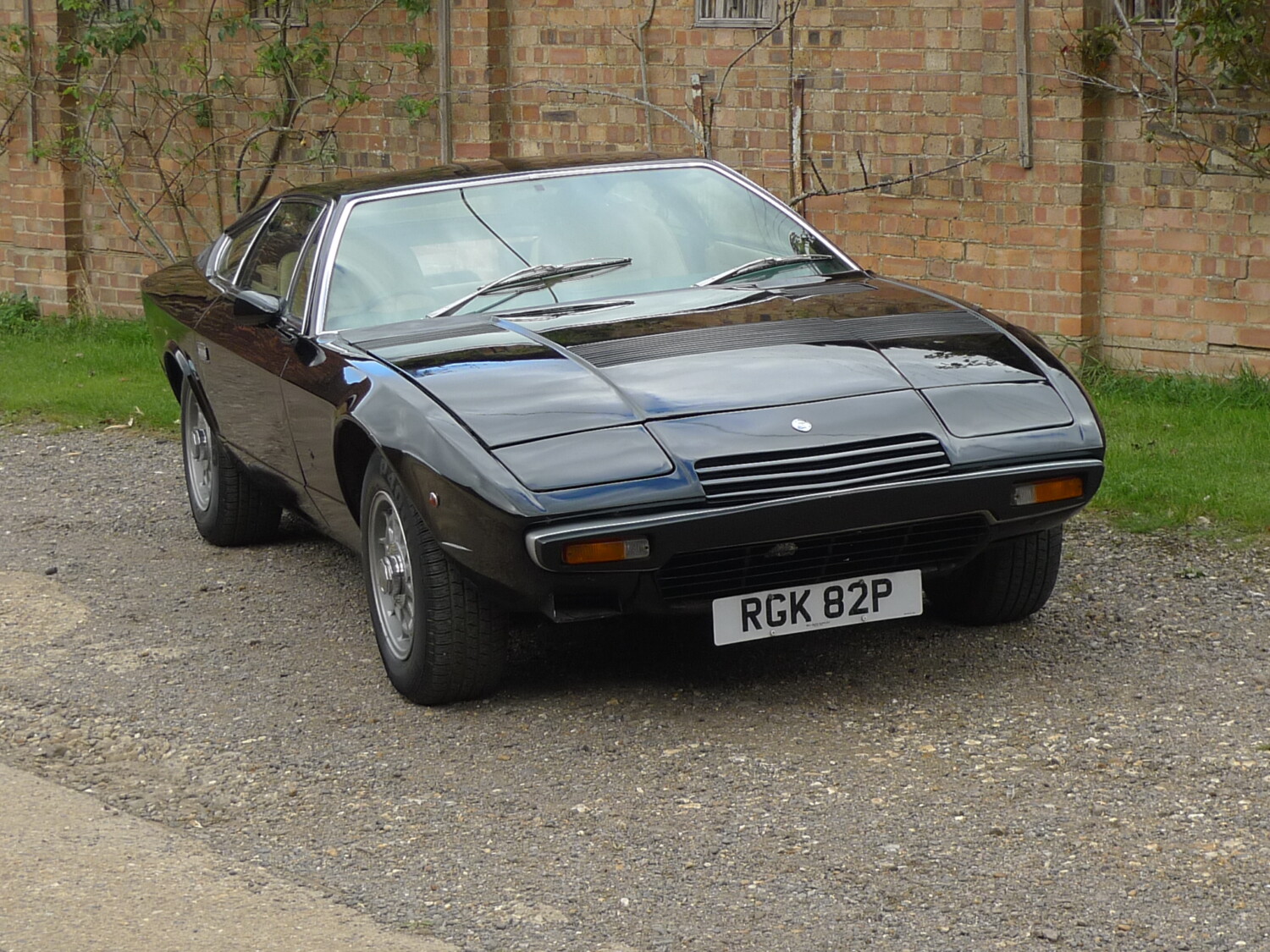 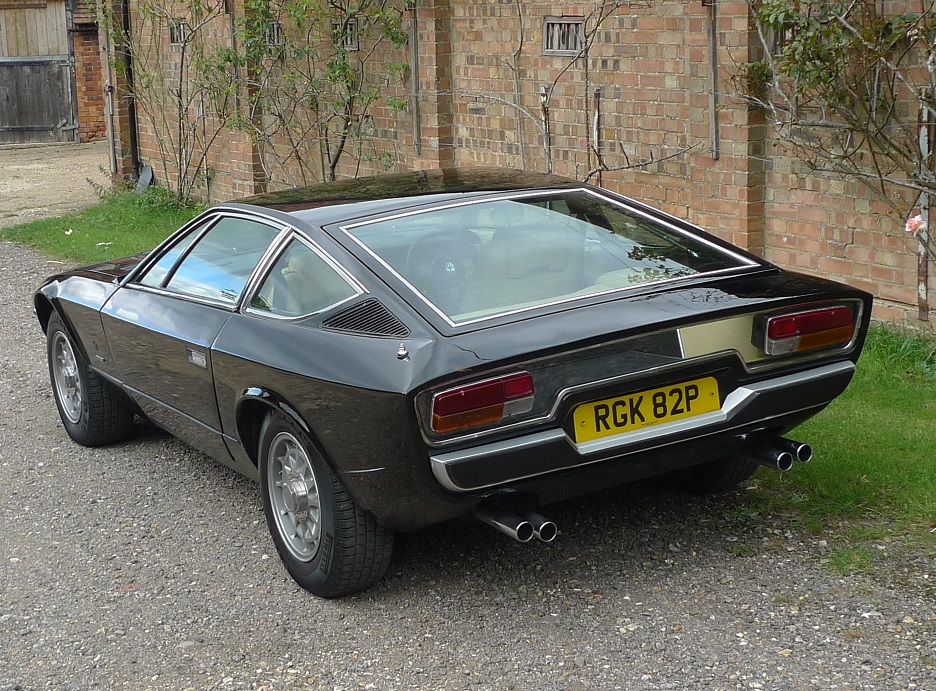 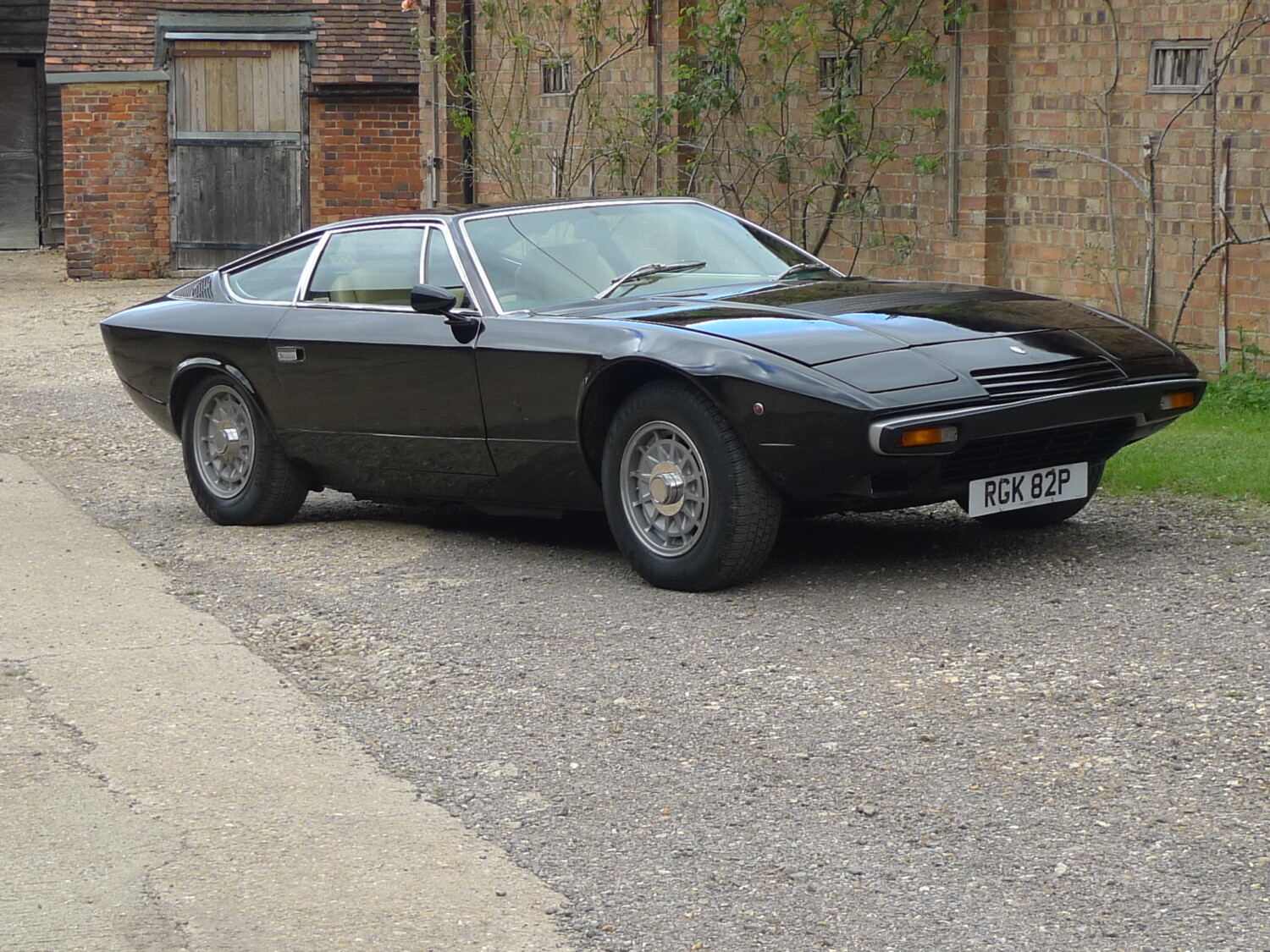 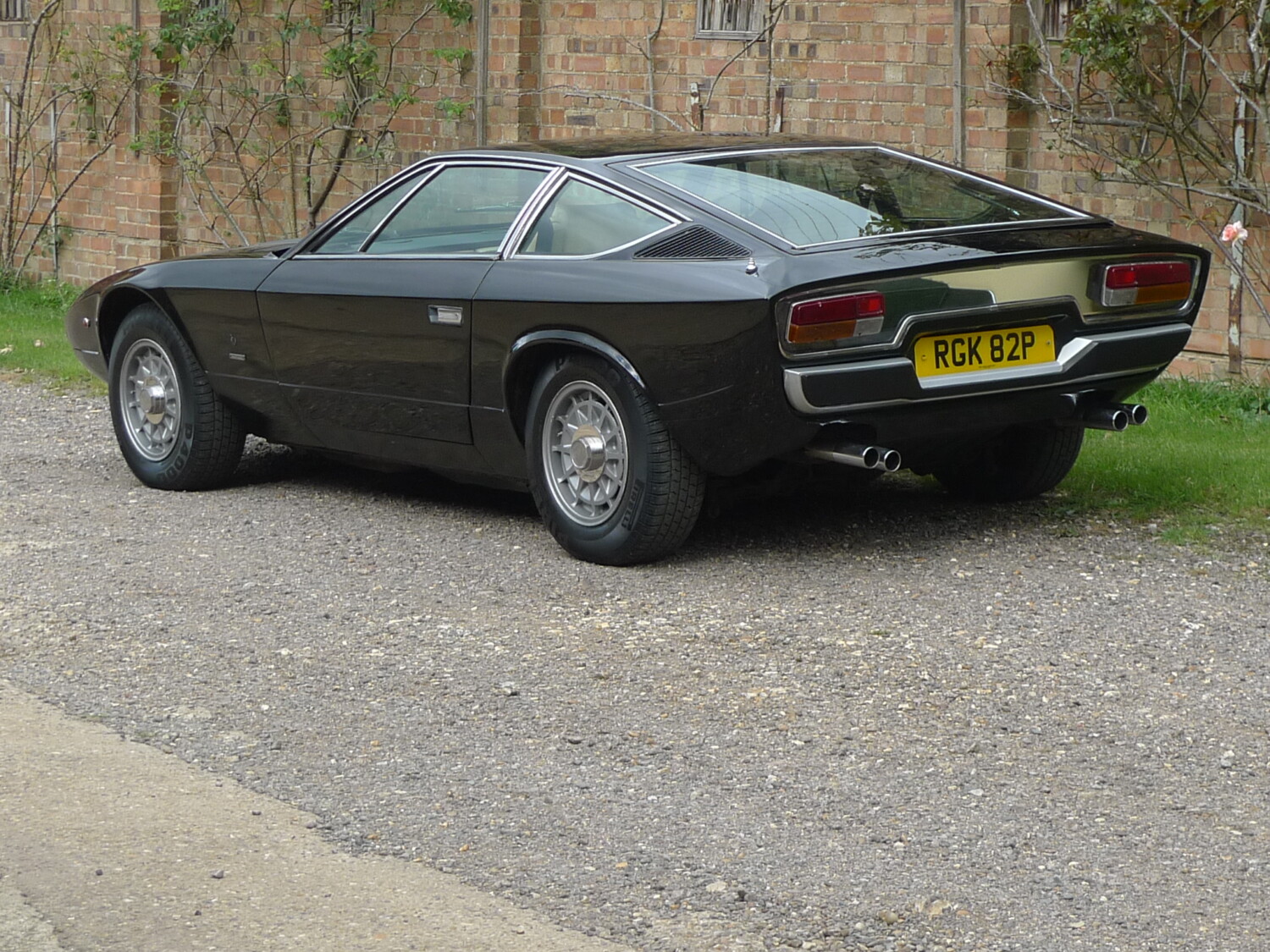 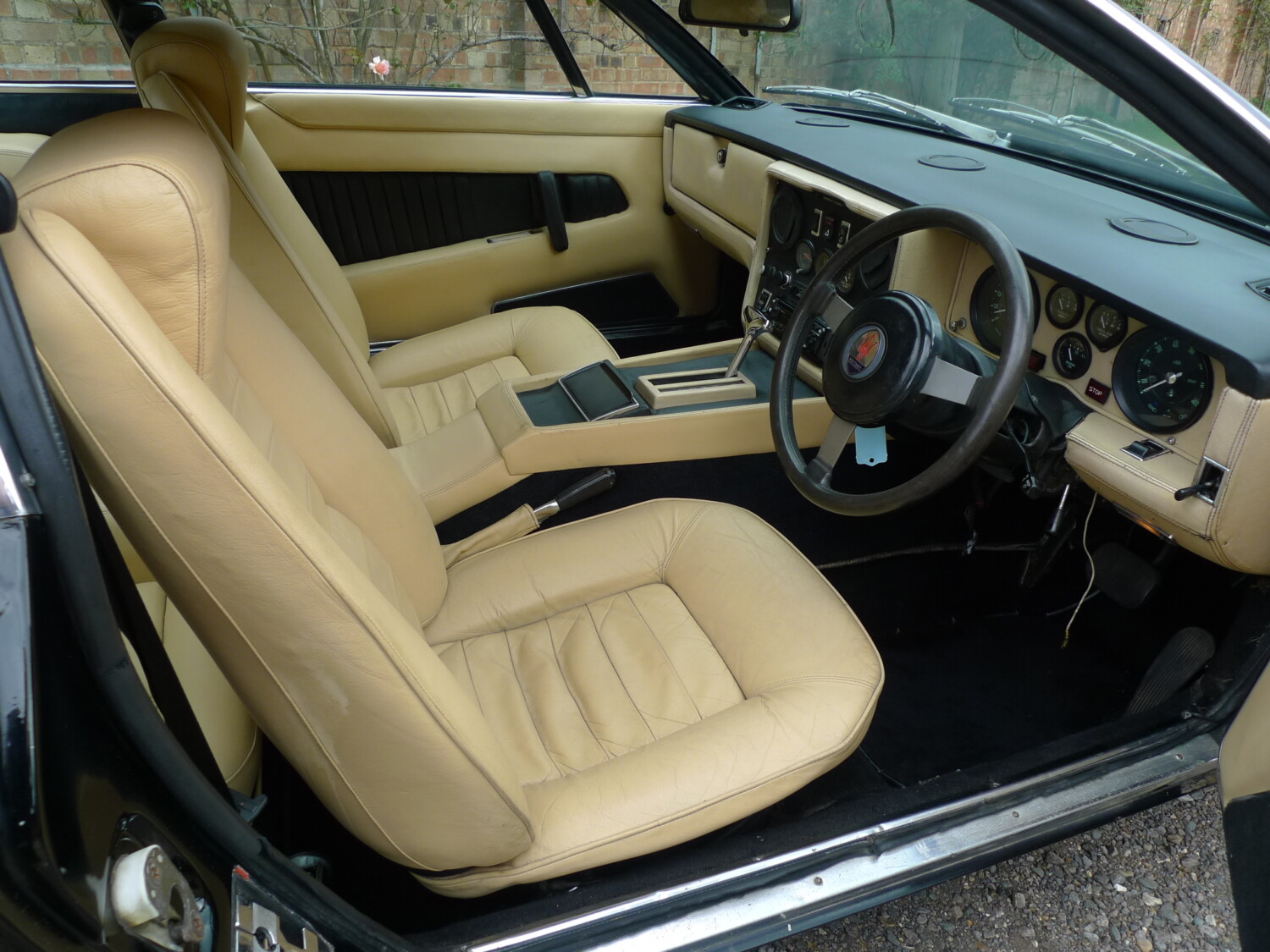 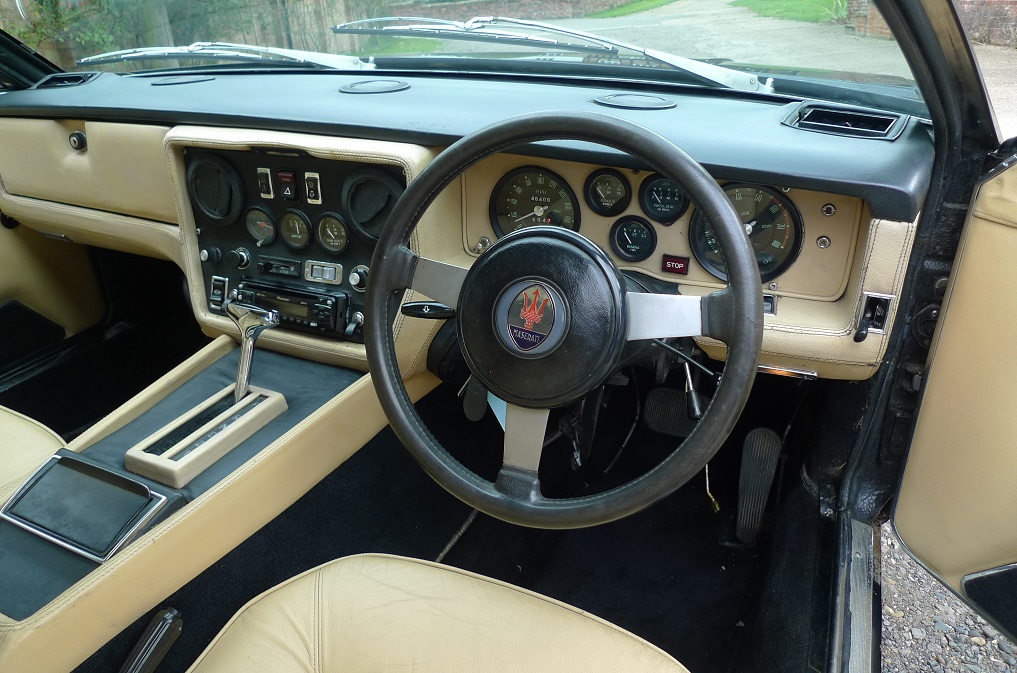 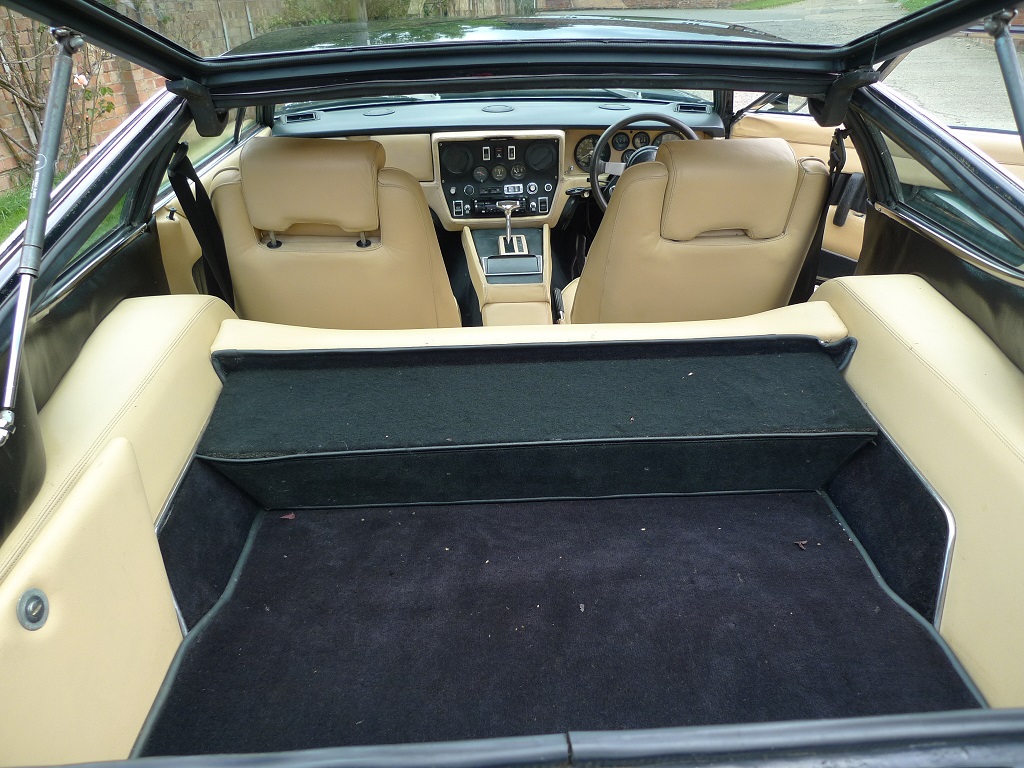 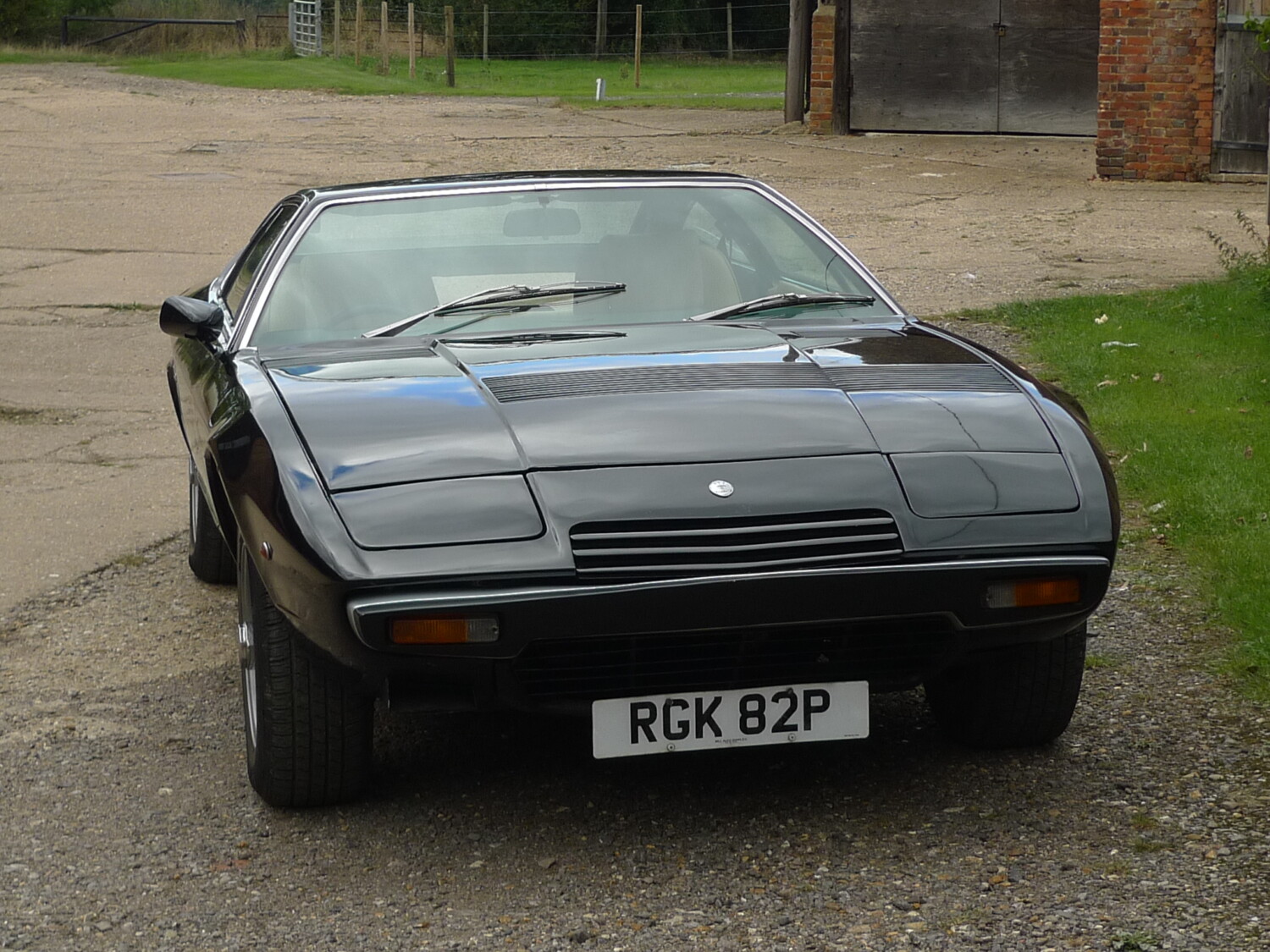 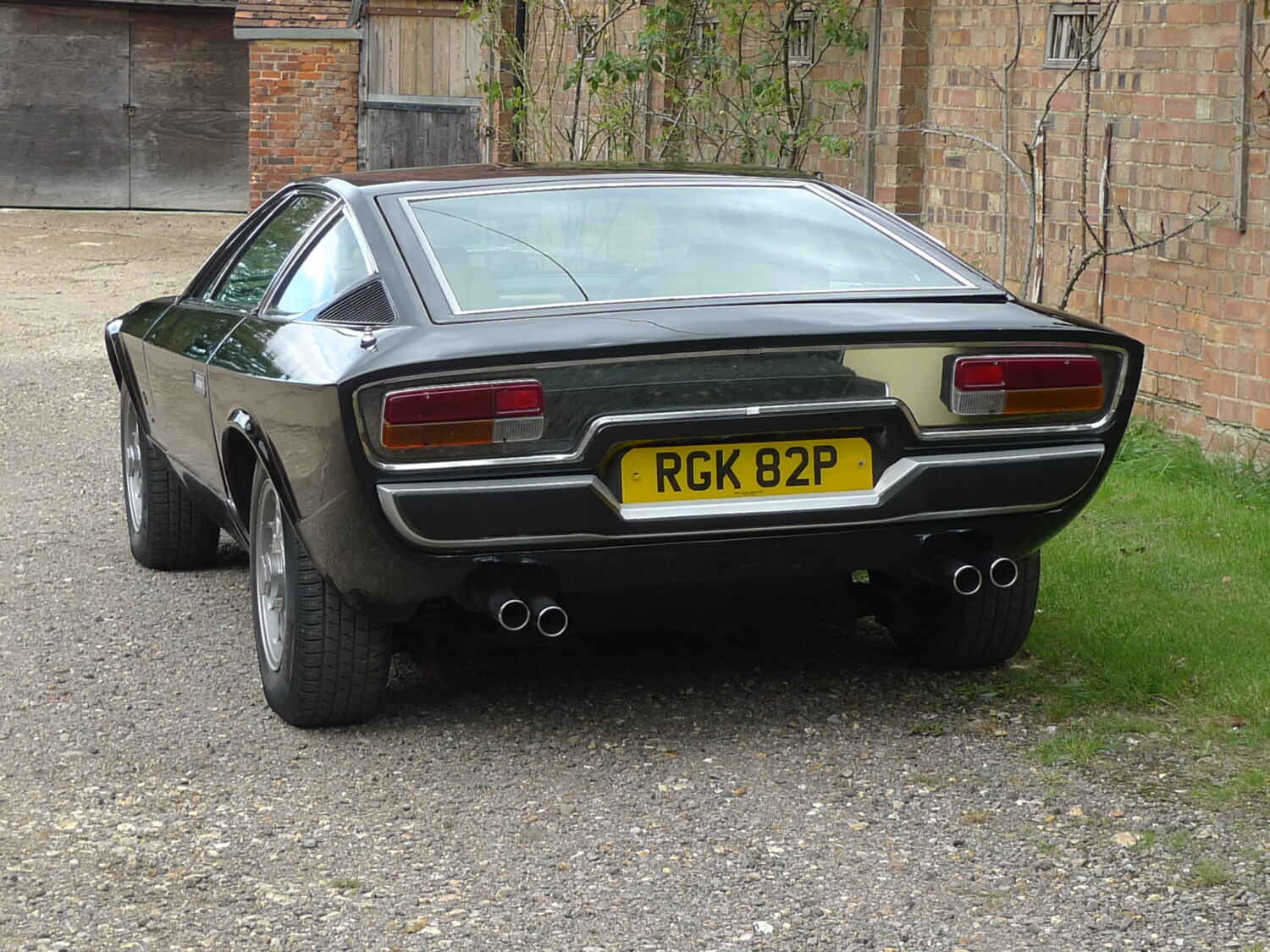 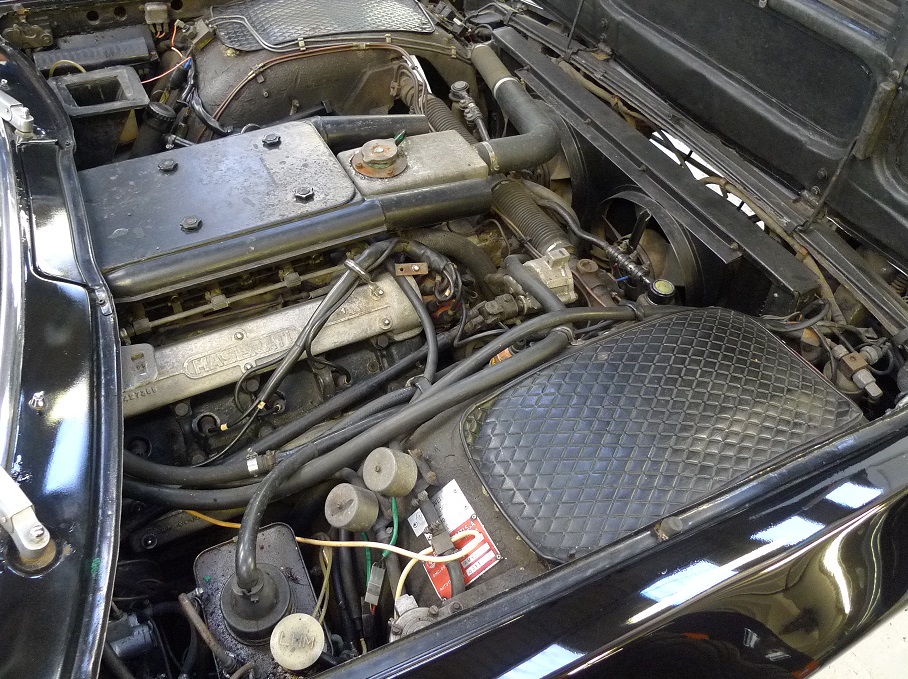 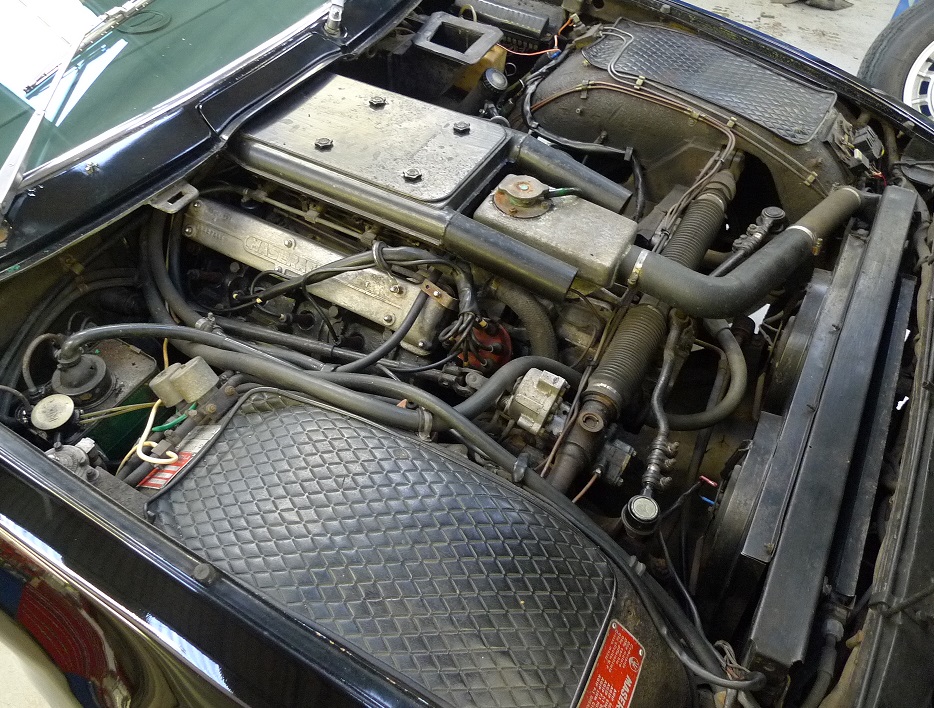