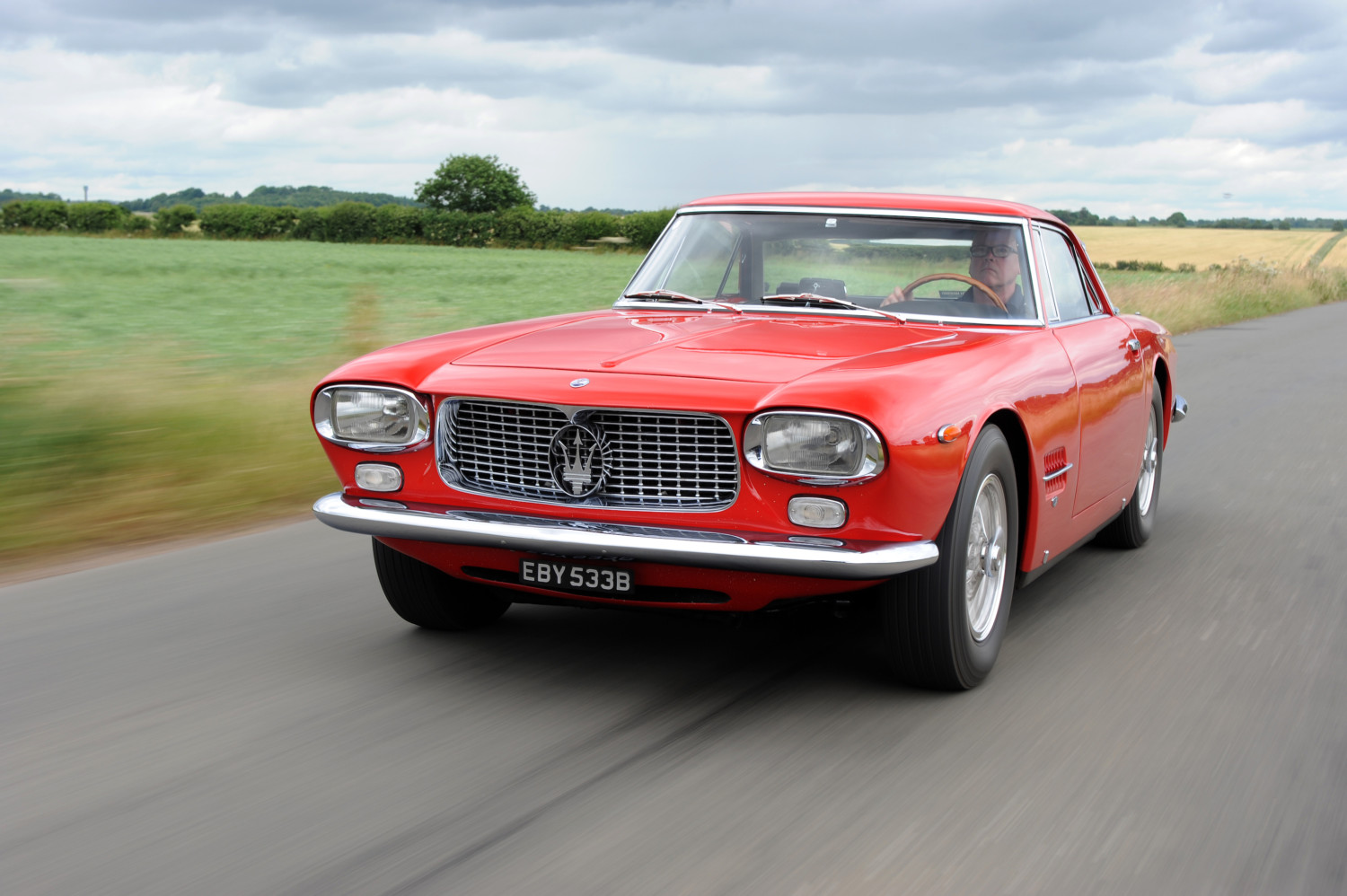 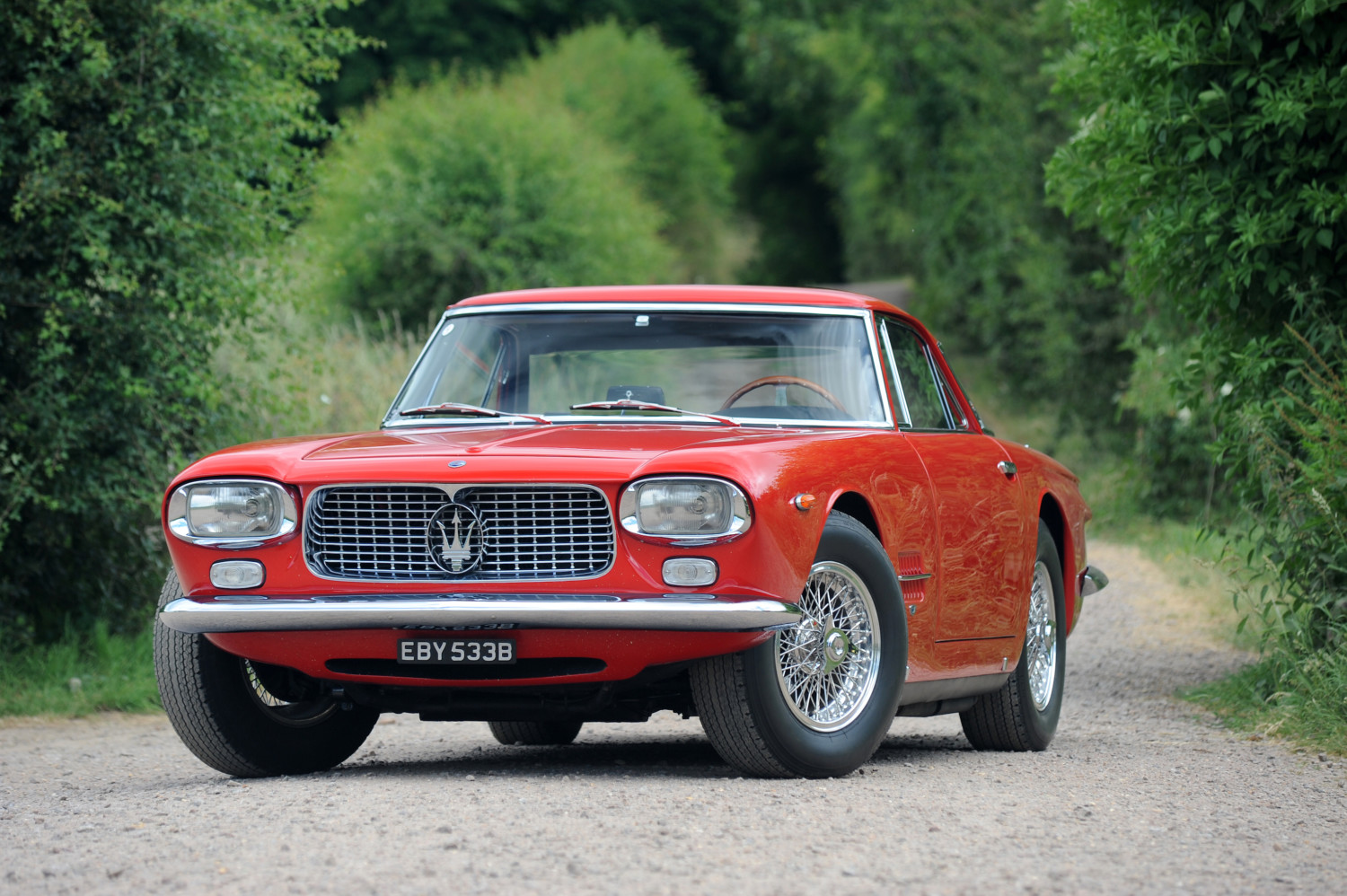 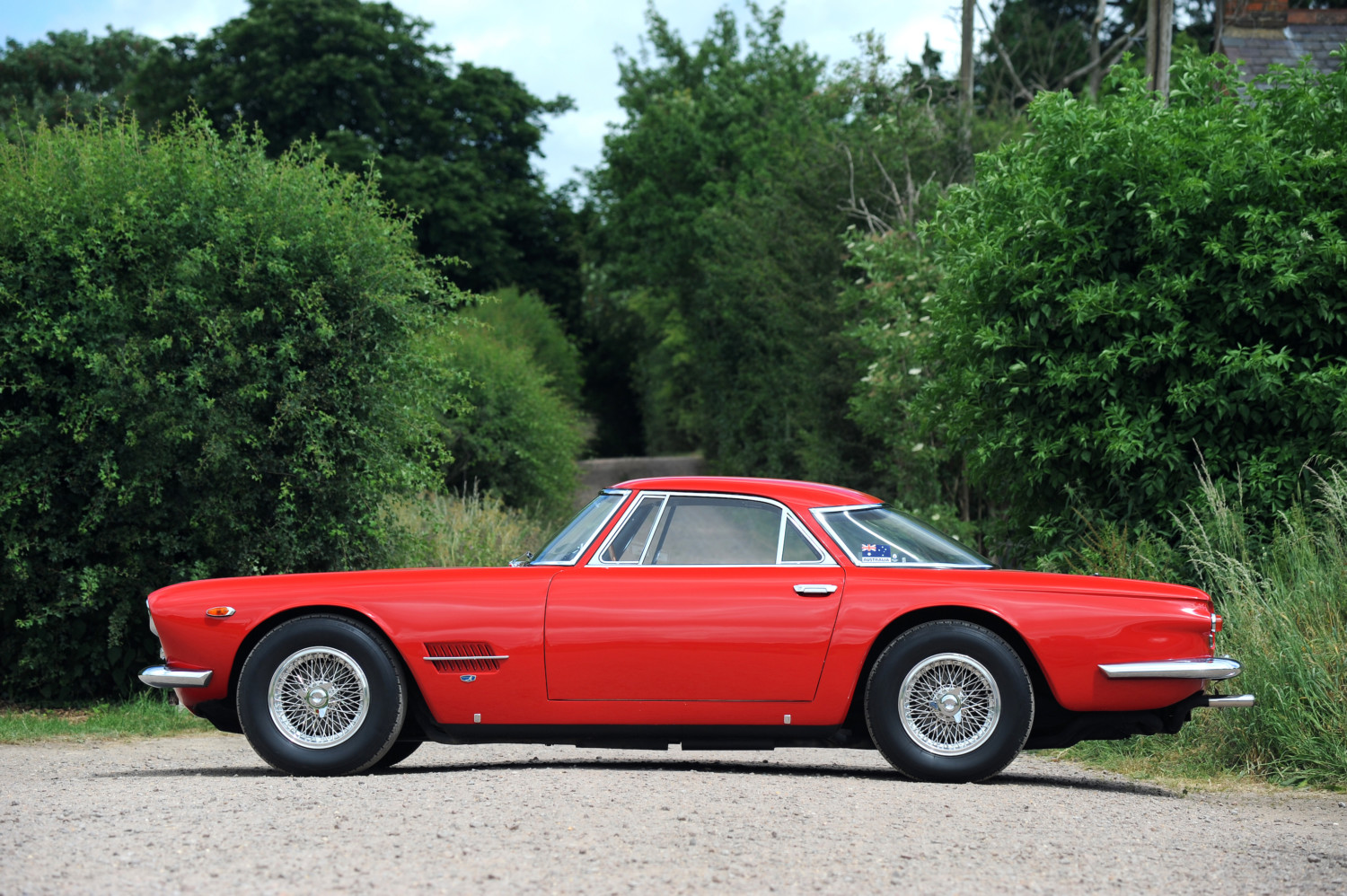 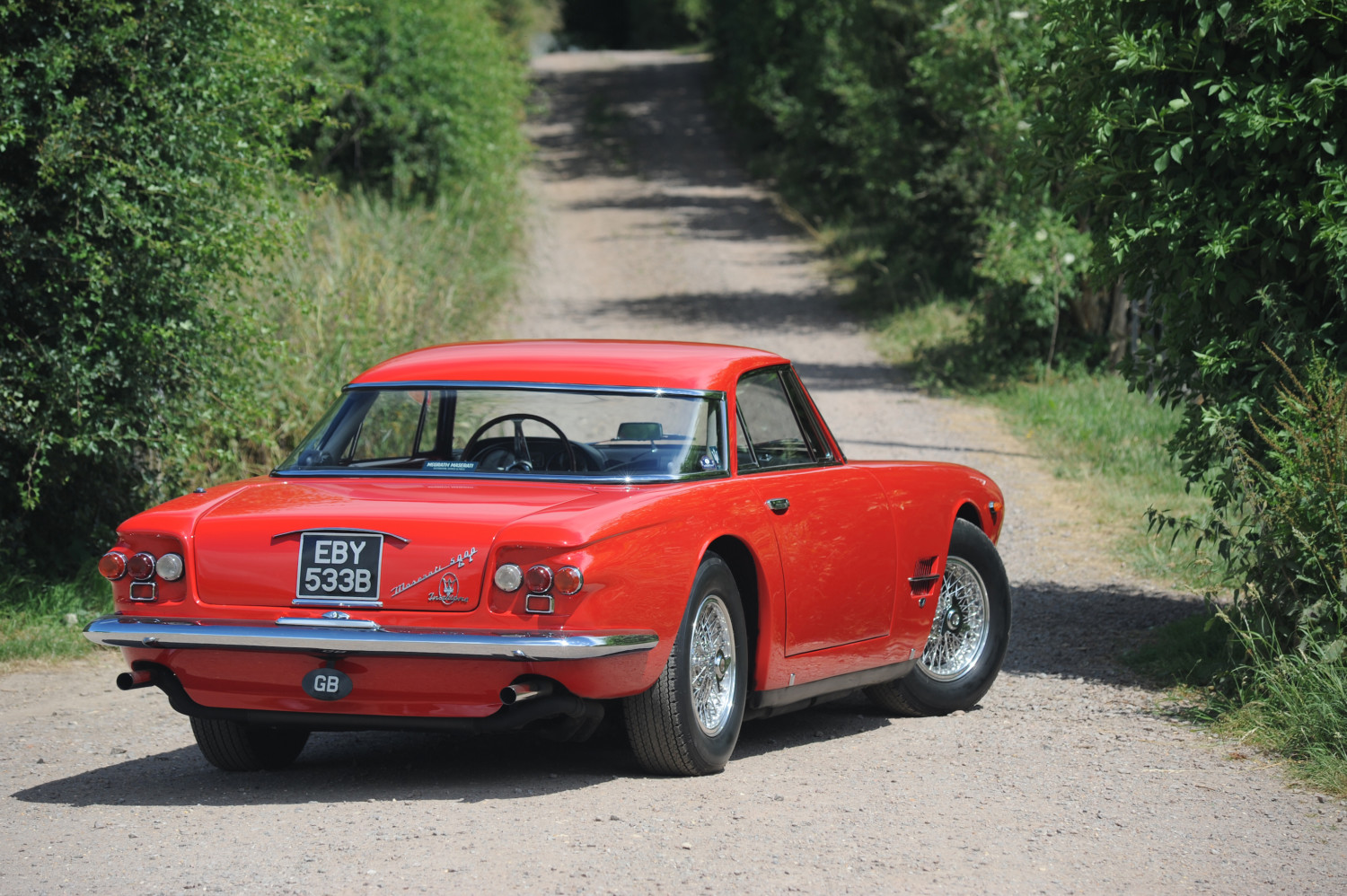 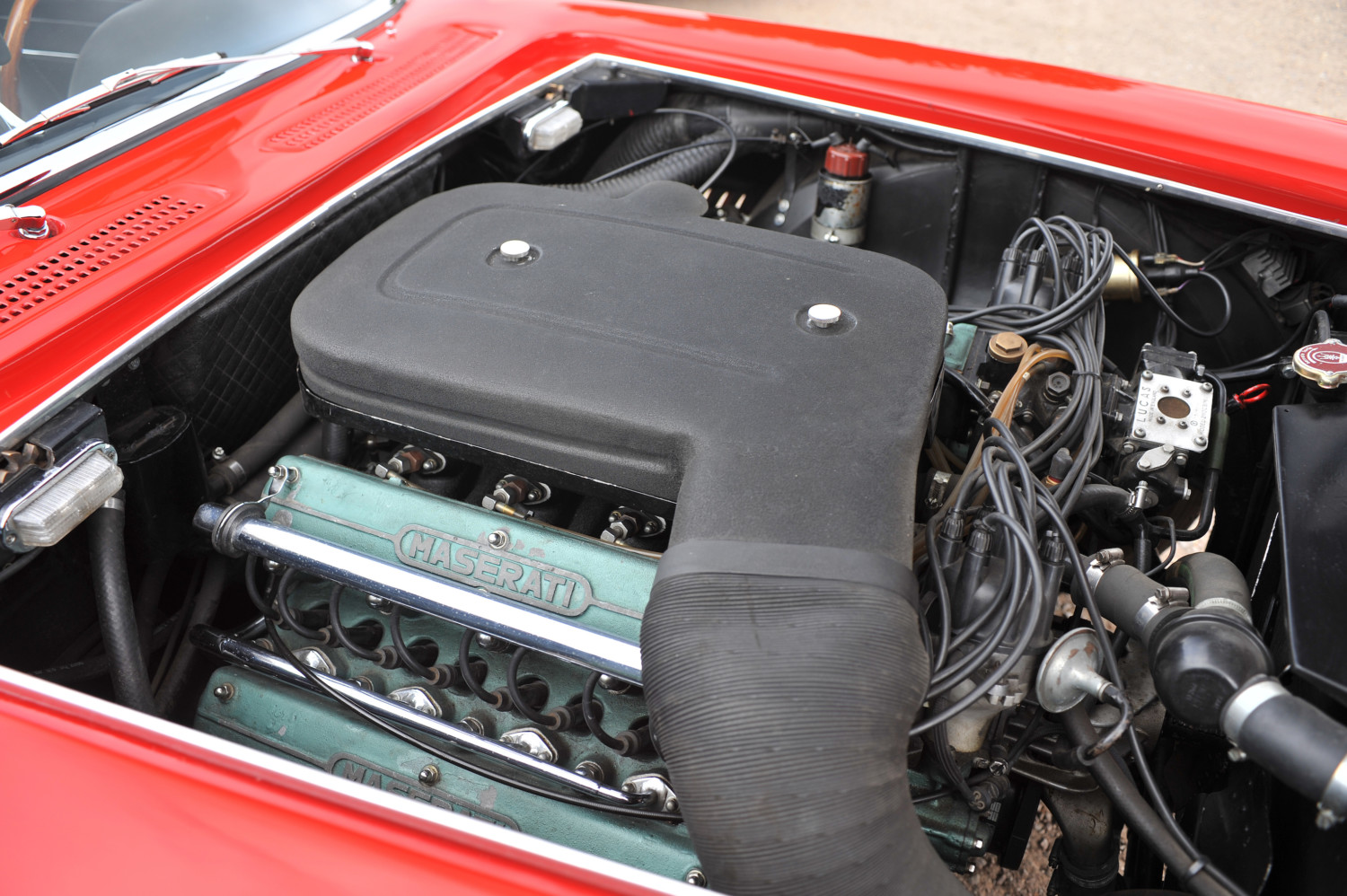 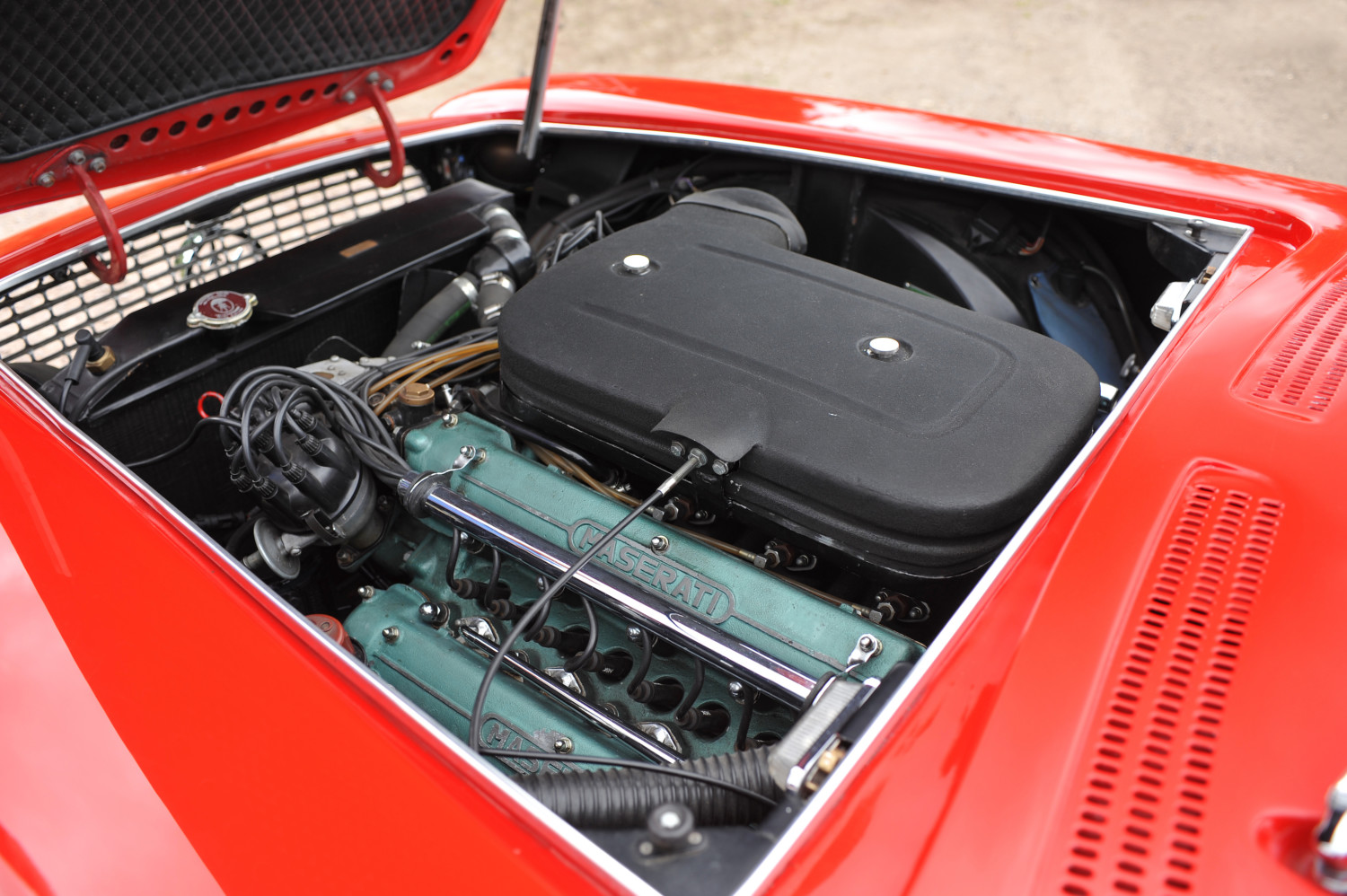 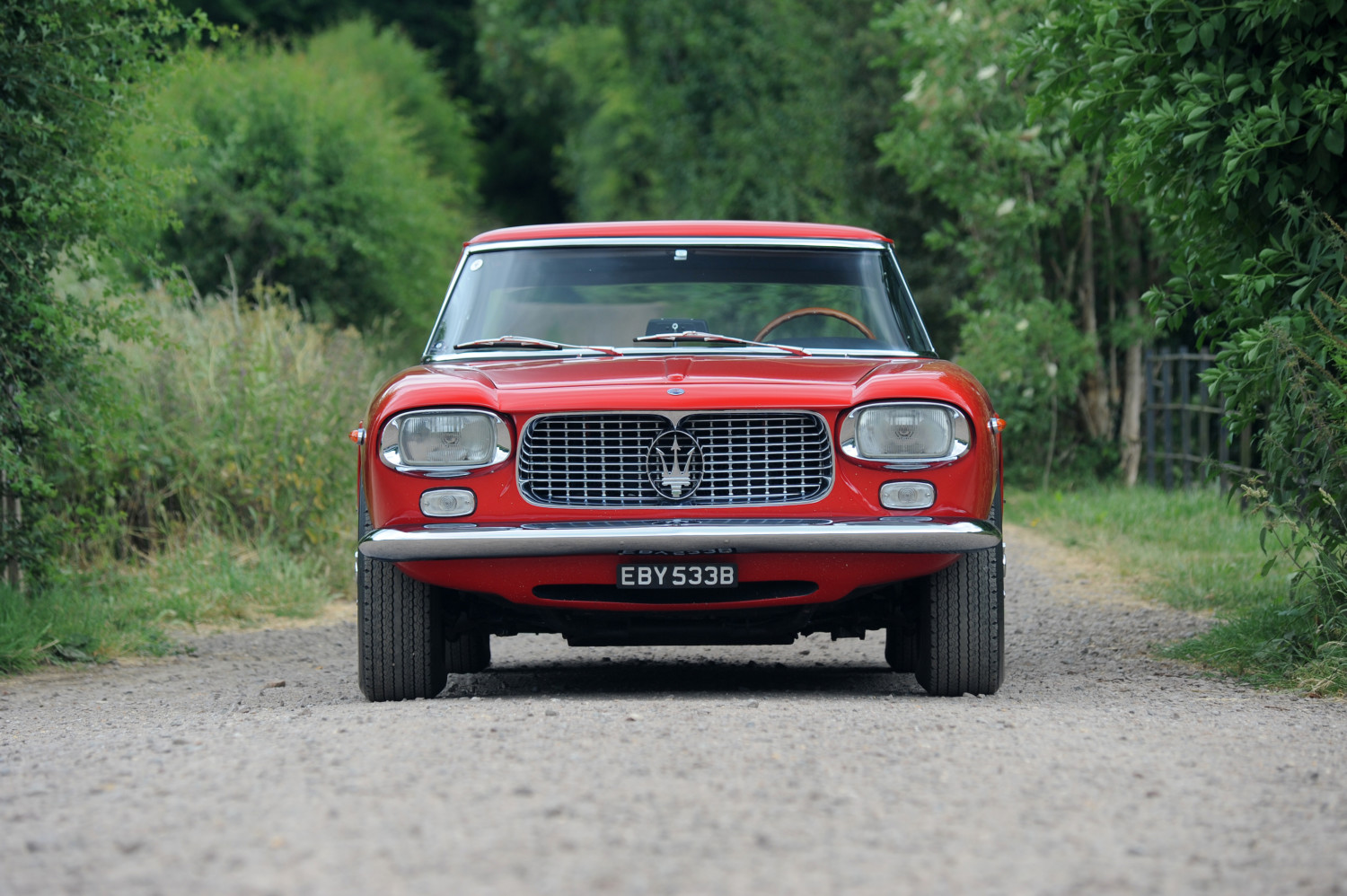 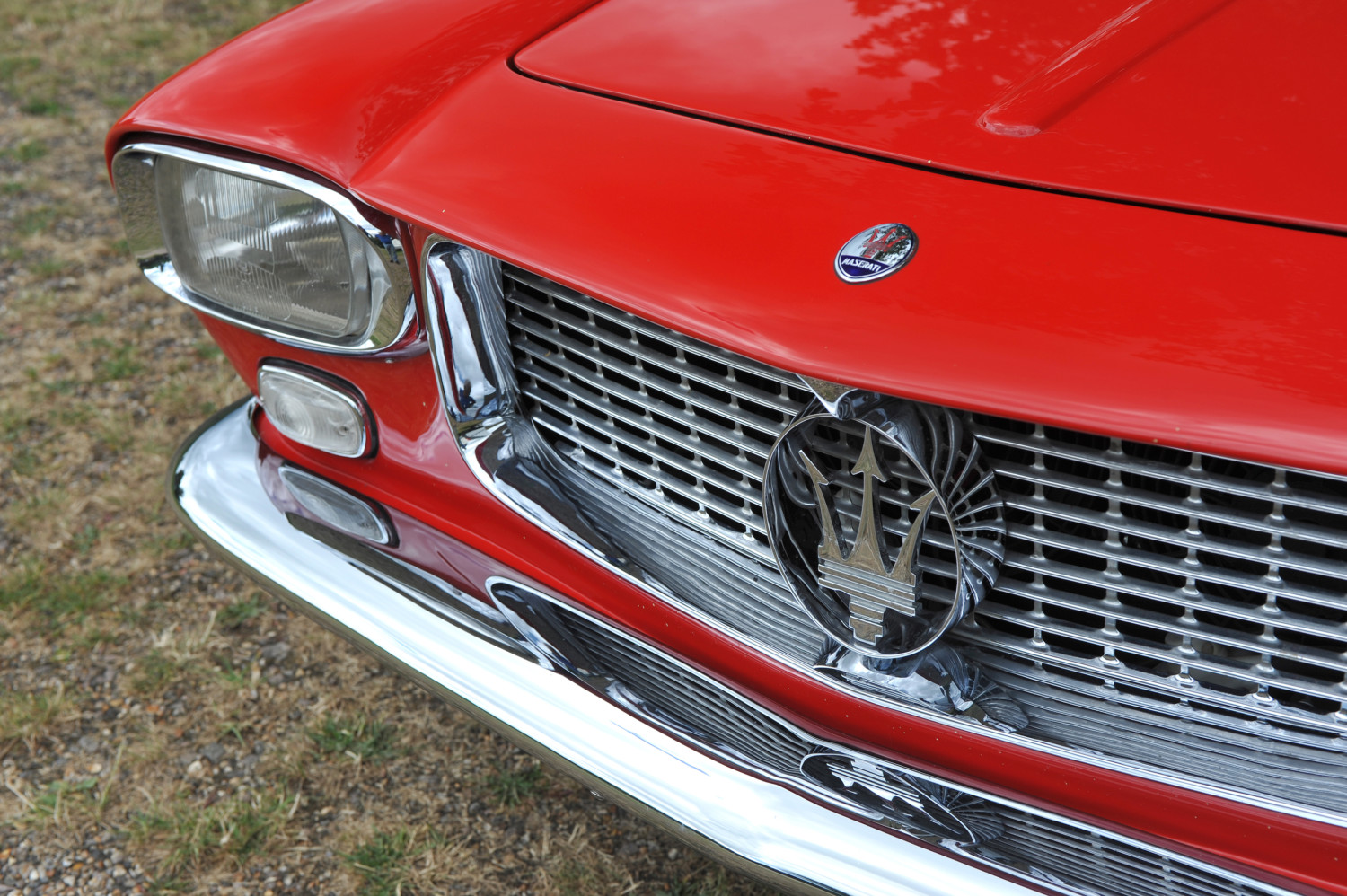 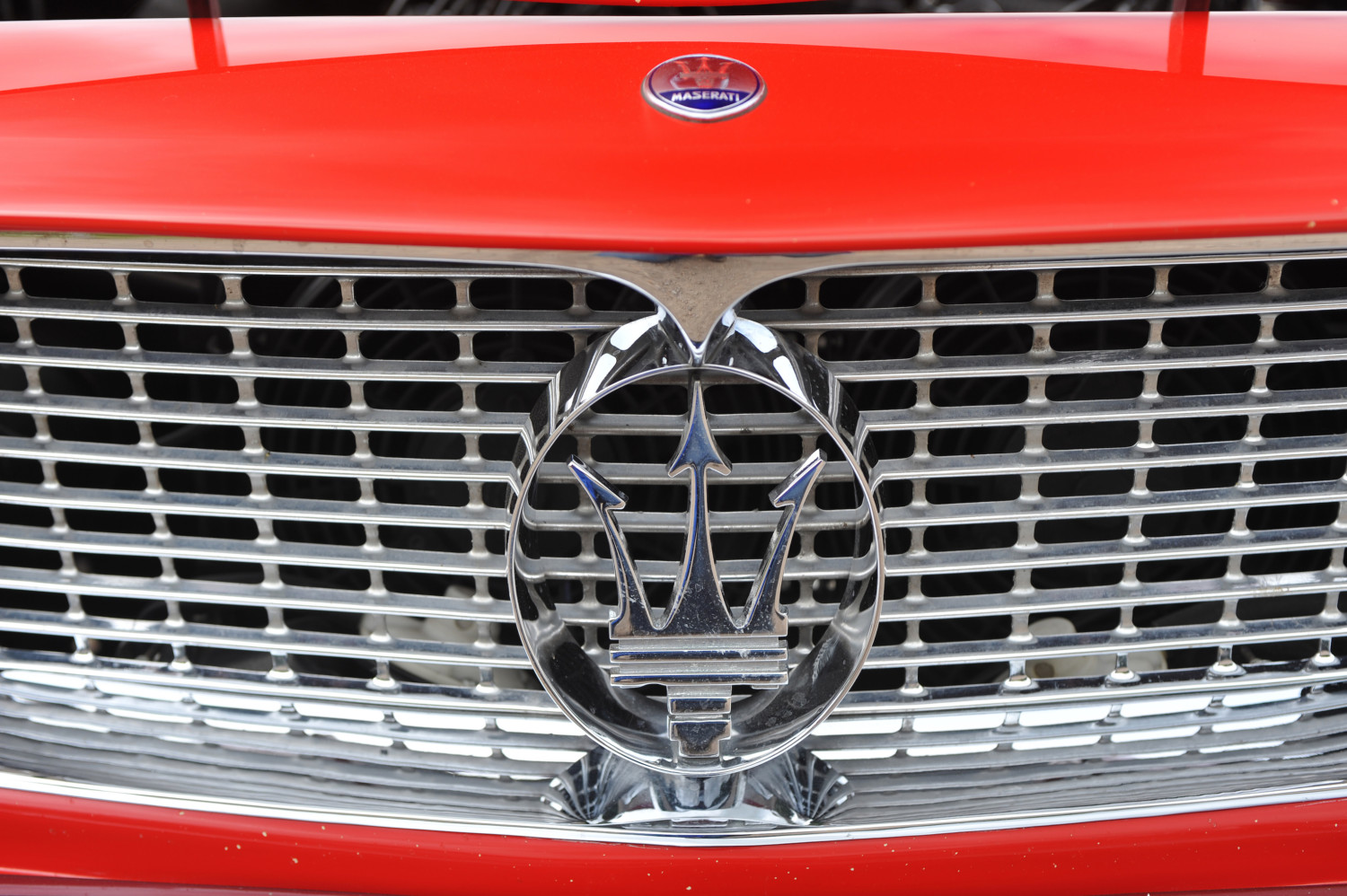 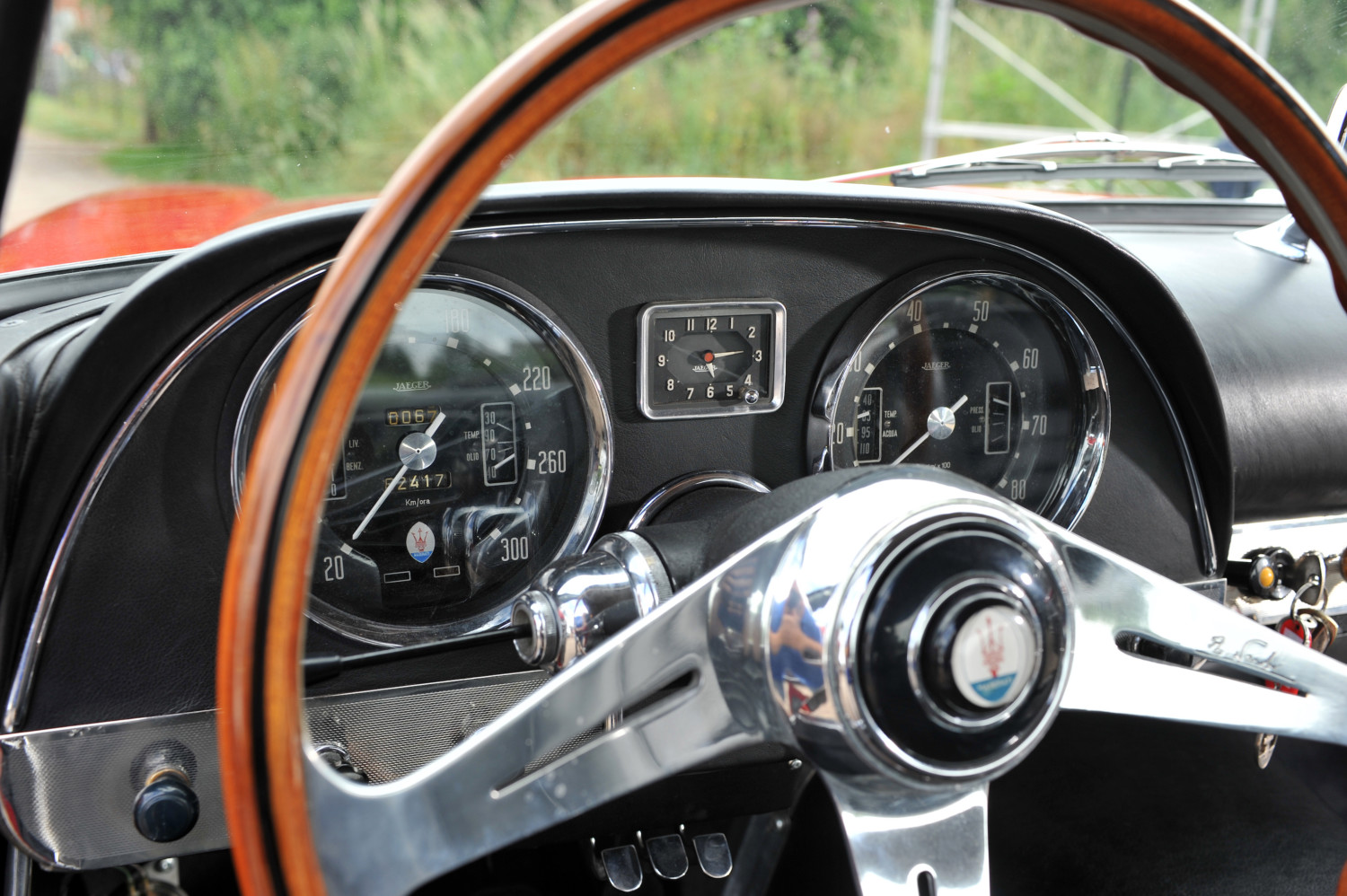 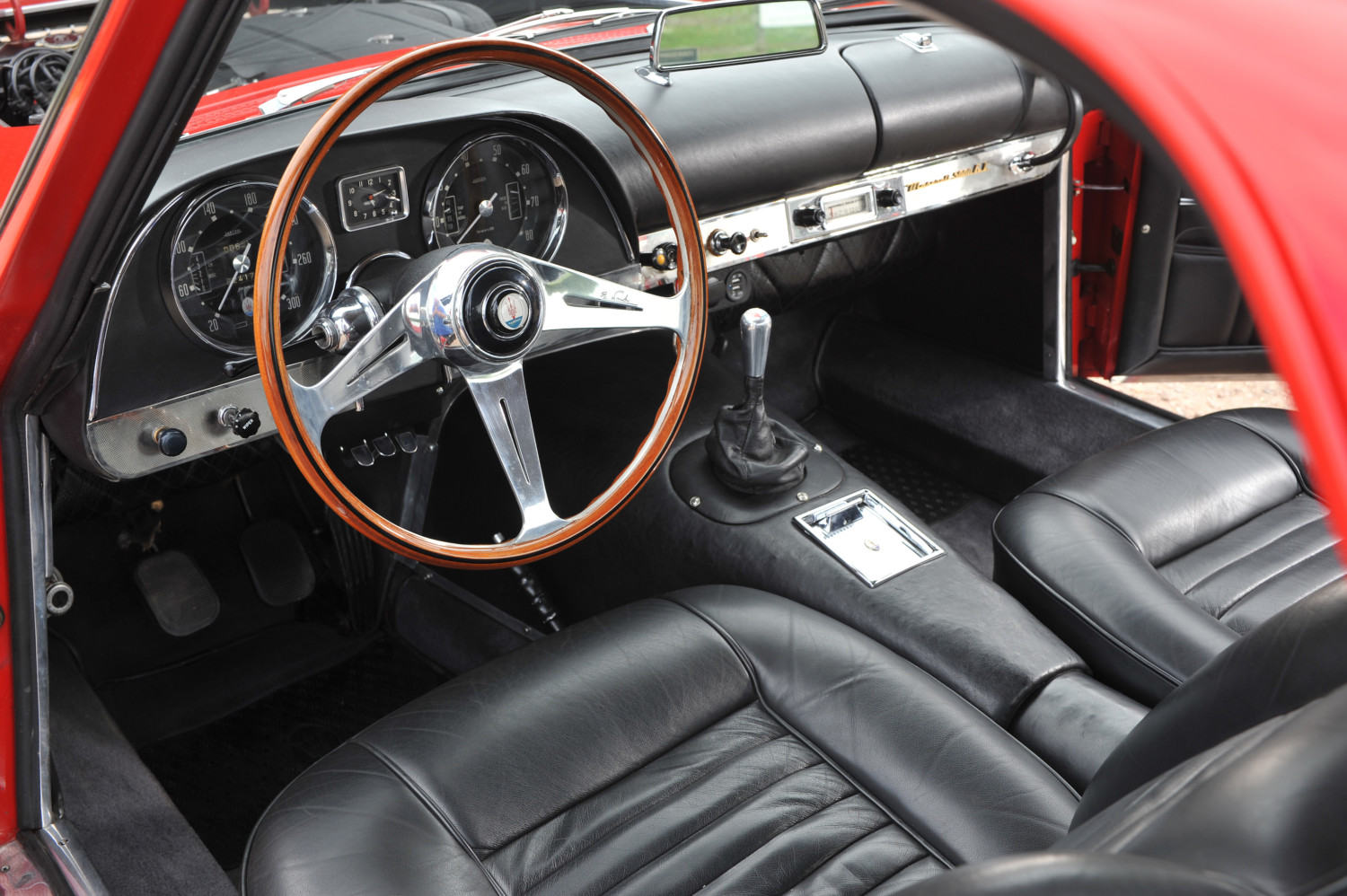 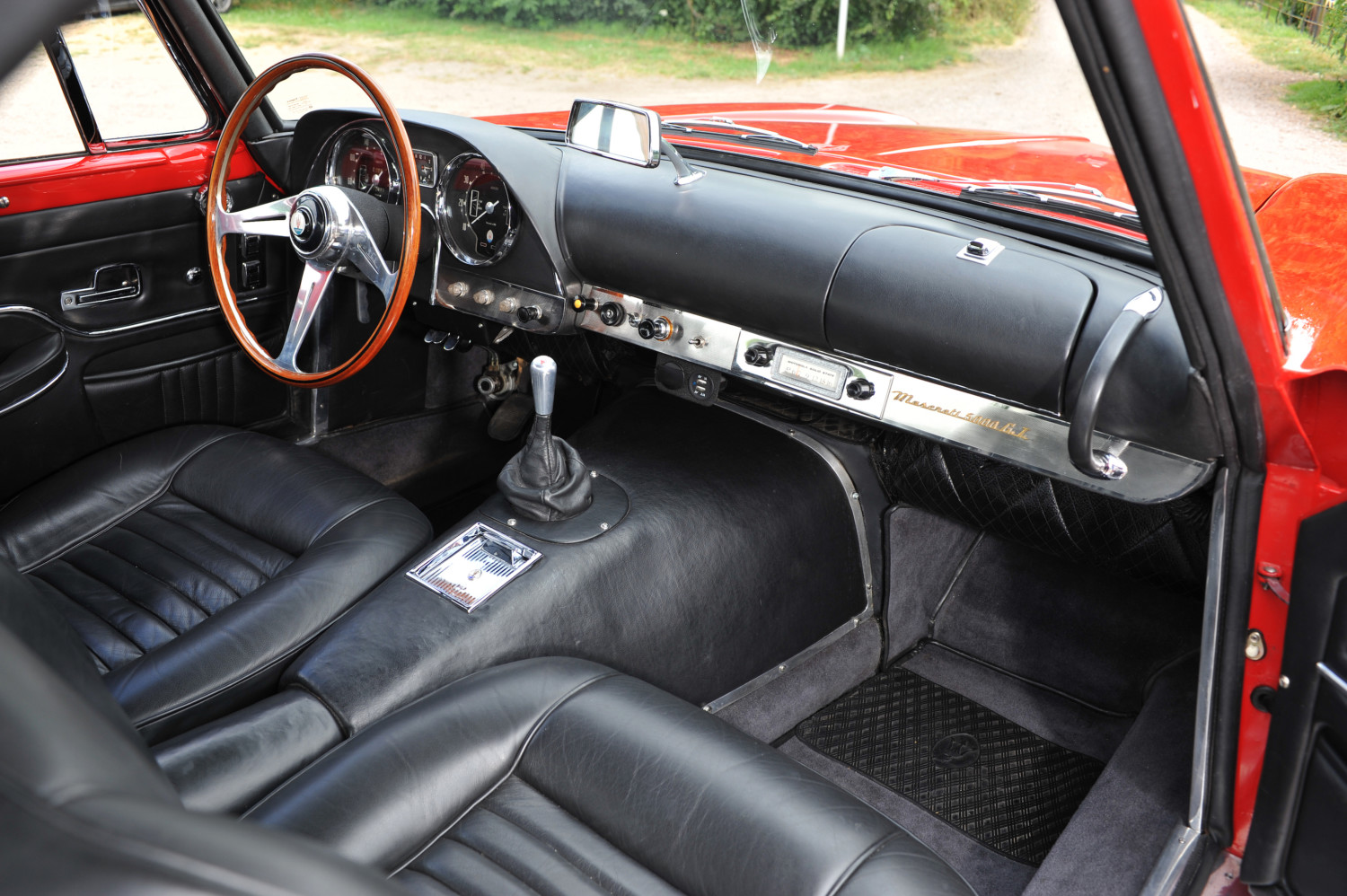 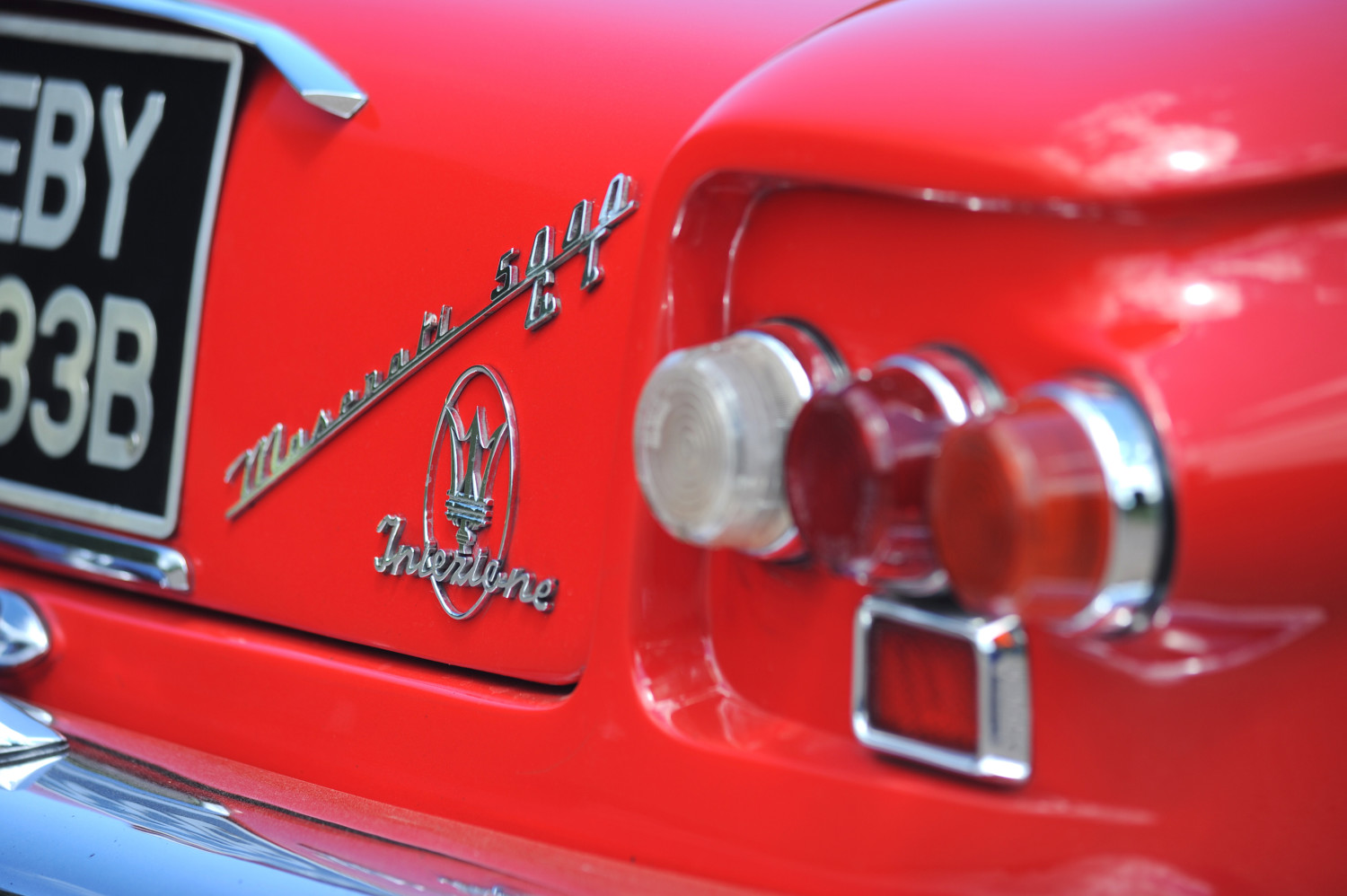 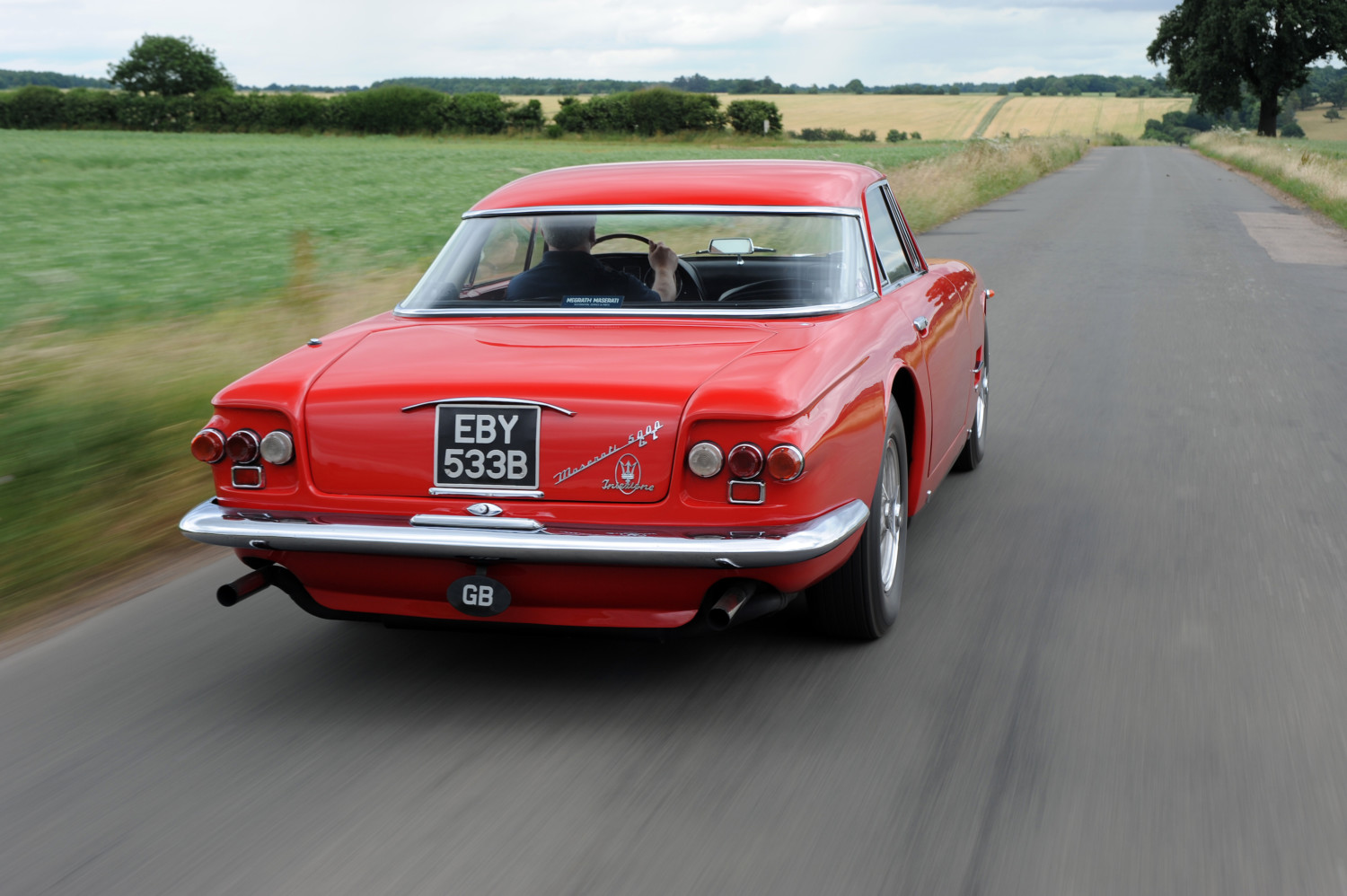 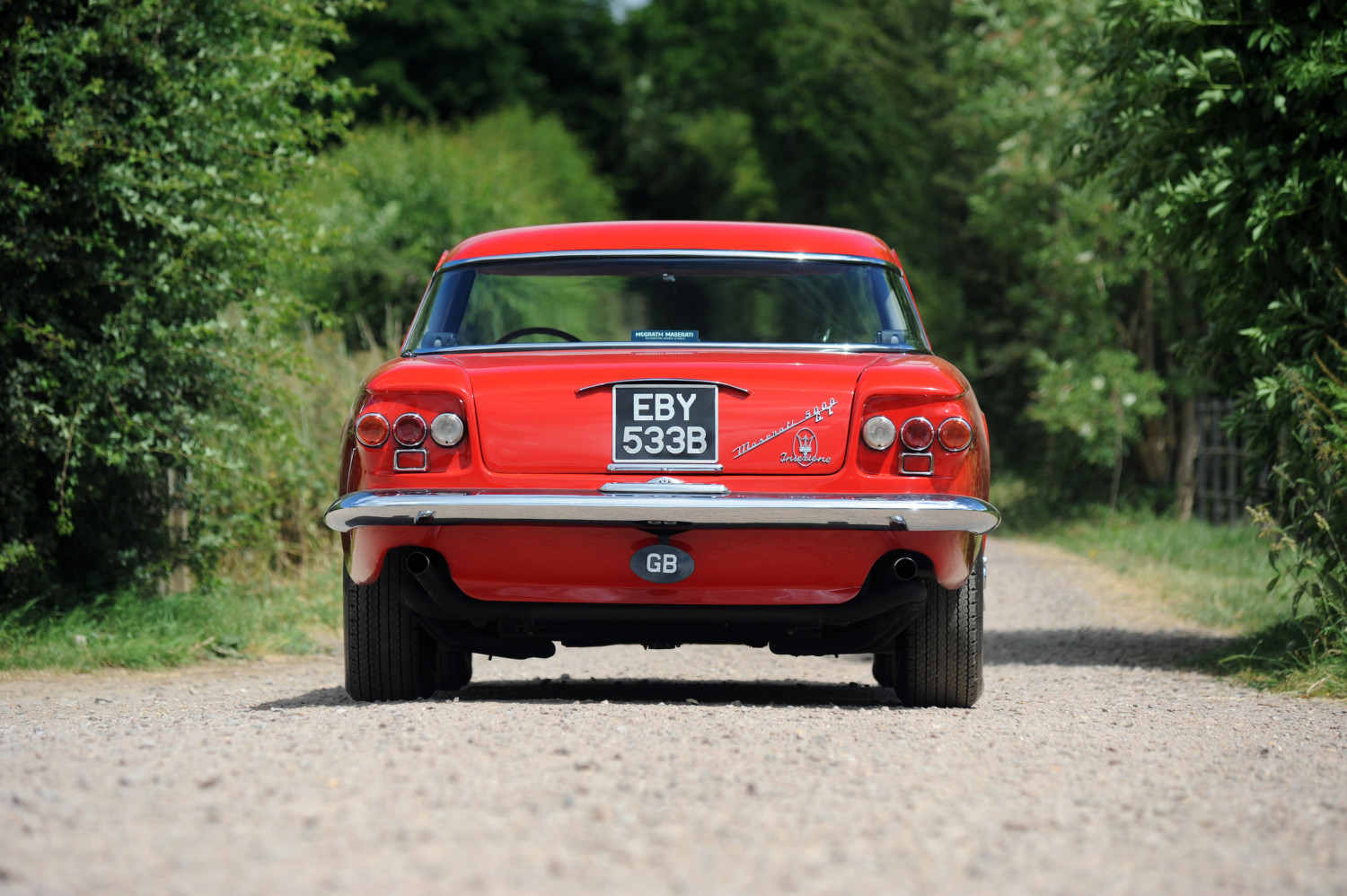 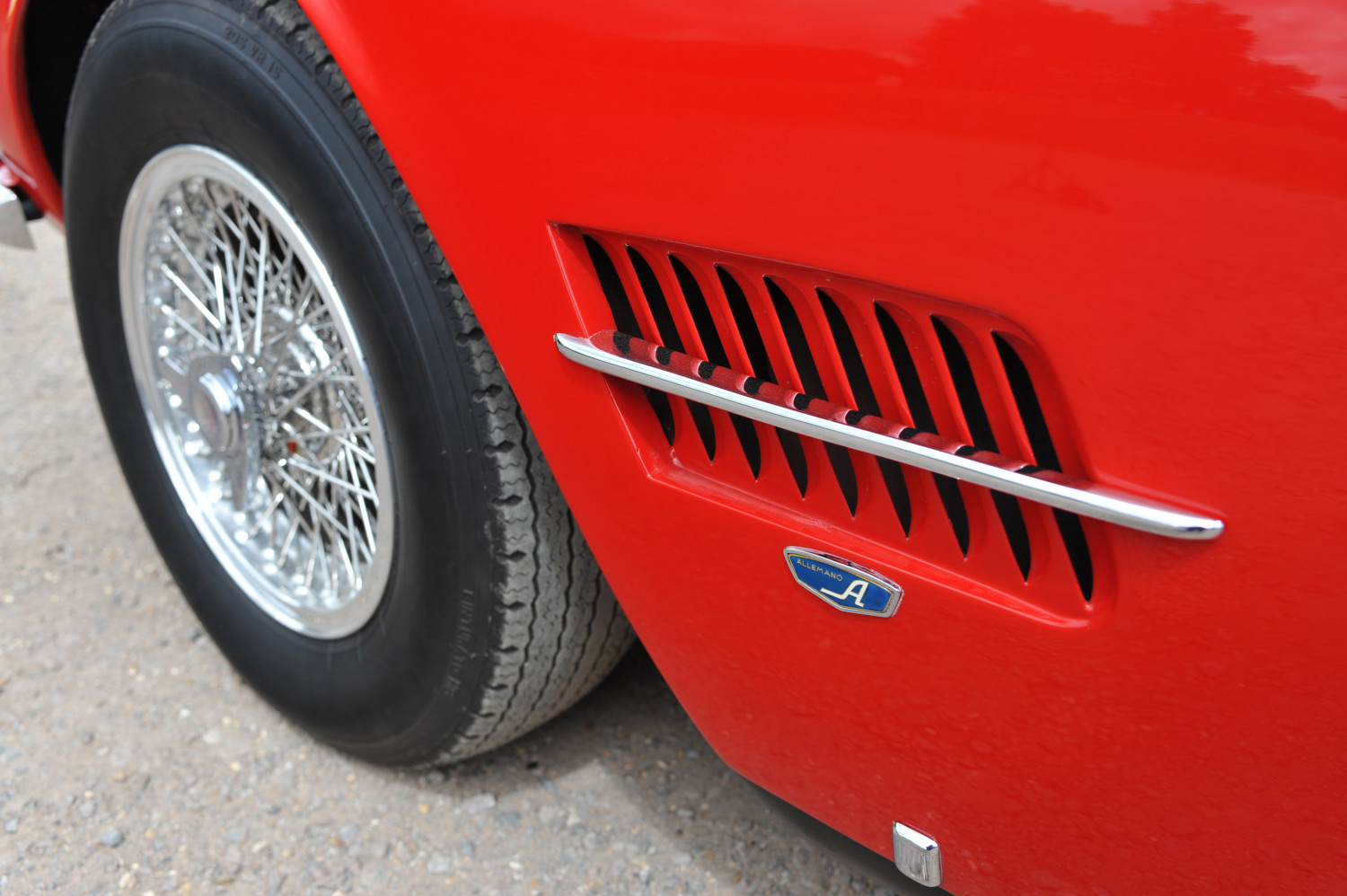 Colloquially known as “the car of Kings’, Maserati’s 5000GT was for a time the most exclusive, most powerful, most expensive and fastest production car in the world.

One of only 34 examples in total and the fifth of the 22 Allemano-bodied cars, this 5000GT was made in 1962. Maserati Classiche states that it was finished in Rosso Arcoveggio with black leather interior. Being a second series car, it featured the revised V8 engine that, subject to continuous development, would feature in many Maserati road cars for the next two decades. This quad-cam V8, in this guise with twin plugs per cylinder and Lucas mechanical fuel injection, produced 325 bhp.

It was sold new in Brescia to Alfredo Belponer, owner of the Scuderia Brescia Corse, who drove the car to Monza in 1964 for the Grand Prix. Later the same year, the car was sold to Antonio Ciacci from San Marino, who was better known as pop star ‘Little Tony’. Little Tony was a big star at the time and endorsed Brillantina Lunetti, a hair-styling oil. The 5000GT appears in an advert with Little Tony for the product. A serial buyer of supercars, it wasn’t that long however before the car changed hands again and at some point during the late 1960s it was exported to the USA.

It is believed that the car was subsequently owned by Joe Walsh of the Eagles, who also as a solo artist wrote the song Life’s been good, which features the immortal line for Maserati enthusiasts: ‘My Maserati does one-eighty-five, I lost my licence, now I don’t drive’. There is also anecdotal evidence that the car was subsequently owned by Henry Vestine of the group Canned Heat but it was not until purchased by Ken McBride of Seattle that real documentation began again.

McBride owned the car until 2002, spending time on refreshing it but using it little. It participated in the 5000GT at Pebble Beach in 1999 and was featured in Maurice Khawam’s book on the model during this ownership. In 2002, the car was sold to Hong Kong based collector Ian Wade, who had the car shipped to the UK and into storage, from where it was purchased in 2007 by the current owner.

He commissioned McGrath Maserati to thoroughly restore the car mechanically and electrically, which included a comprehensive rebuild of the original engine and fuel injection, the gearbox, the axle and all running gear. In addition, new glass was commissioned for both front and rear screens, a new wiring loom was made and the addition of dual circuit brakes and seat belts added as safety precautions.

The car debuted at the 2009 Maserati International Rally at Goodwood and since then has taken part in numerous Maserati events including touring events in Sweden, Switzerland, Spain, Ireland and of course Italy. In 2014 it participated in the Maserati Centennial Event in Modena and Turin and won it’s class in the Concours. Later that year, on the Maserati Club stand at the NEC Classic Car Show, it was awarded overall Car of the Show.

It has in addition been featured on the famous rotunda at the RAC Club in Pall Mall and been featured in numerous magazines from Classic and Sportscar to Viale Ciro Menotti.

Throughout this period, it has been fastidiously maintained by McGrath and is always ready and ‘on the button’. It is unusual in the exclusive world of the 5000GT to see a car actually being used as much as this one has been. The current owner’s philosophy is that cars are made to be driven and that anyone who doesn’t drive a 5000GT is missing out.

For not only is this car as monstrously fast as its reputation would suggest (a genuine 170 mph was achievable when new) but it is also a civilised grand tourer capable of crossing continents in majestic comfort.

With matching numbers, full Maserati Classiche documentation, a research document undertaken by ‘International Maserati Research’ and a comprehensive history file, the car is now for sale and ready for the next owner, whom we hope will be equally enthusiastic about not only its ability to qualify for just about any important Concours event on the planet, but also about its ability to drive to that event.